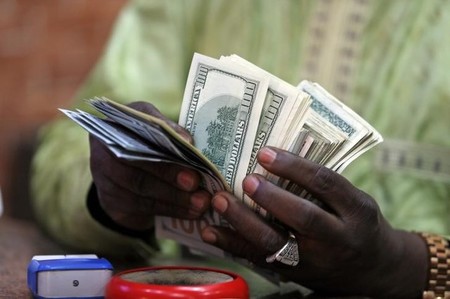 ABUJA/DAVOS, Switzerland (Reuters) – Nigeria’s efforts to secure funds from international lenders to help haul it out of recession have stalled because it has not submitted the required economic reform plans, according to one of the banks and sources close to the matter.

The government has been in loan talks with the World Bank for a year. It had told the lender it would present its proposed reforms to make the economy more resilient and attractive to investment by the end of December, according to Western diplomats and a Nigerian official who declined to be named as they are not authorised to speak publicly.

But this has not happened and as a result of the delay, which the government has not explained, the Washington-based bank has not been able to consider a loan yet, the sources said.

The African Development Bank (AfDB), meanwhile, is holding back the second tranche of a $1 billion loan for Nigeria, AfDB president Akinwumi Adesina told Reuters on the sidelines of the World Economic Forum in Davos, Switzerland.

“We are waiting for the economic policy recovery programme and the policy framework for that,” said Adesina, without specifying when the AfDB had expected to receive the reform plans.

The World Bank told Reuters in an email that Nigeria was currently preparing its plan “on the basis of which the World Bank will determine with the government the most appropriate lending instrument to support the implementation of the reform plan”.

Nigeria has said it is seeking to borrow $4 billion in total from the World Bank and other foreign institutions and $1 billion through Eurobonds to plug a yawning budget deficit and fund badly needed infrastructure projects.

The country, which relies on oil revenue for most of its income, has been hit hard by the sharp fall in crude prices since 2014 and is struggling to drag itself out of its first recession in 25 years.

It is unclear why the government has not submitted reform plans to the international lenders. The funding deadlock could throw into doubt badly needed infrastructure projects planned for this year, including new roads and improvements to power infrastructure.

The failure to secure the funds, and to present a reform programme, could also deter some investors from Nigeria’s planned $1 billion Eurobonds sale in March.

A Nigerian financial source said the government was working with a consultancy on putting together a package of proposed reforms. The source, who declined to be named as the matter is confidential, did not elaborate.

Nigeria needs money to help plug a budget deficit of 2.2 trillion naira ($7 billion) for 2016 and to help fund a record budget of 7.3 trillion naira for 2017 which is aimed at stimulating the economy.

It has been holding talks with various institutions and China over the last year to borrow funds but apart from a $1 billion loan from the African Development Bank, at a rate of 1.2 percent, nothing has been made public.

The Abidjan-based AfDB has paid out an initial $600 million in November but is awaiting the economic reform proposals before it disburses the rest of the money.

It is unclear how much money Nigeria is seeking from the World Bank, or whether the lender was pushing for any specific economic reforms from the government.

The diplomatic sources, however, said the bank wanted to see how Nigeria planned to lower its dependence on oil revenues and boost investment, which has been hit by a high official exchange rate for the naira currency.

Nigeria’s central bank, backed by President Muhammadu Buhari, has kept the naira rate to the dollar at 40 percent above the unofficial – or parallel – market rate, which has dried up dollar supplies on official channels.

The policy has also made investors reluctant to commit new projects as they expect the central bank will have to devalue the naira eventually as oil production has been hit by an insurgency in the Niger Delta oil hub.

The central bank has also imposed hard currency curbs making impossible the import of almost 700 goods, which has forced dozens of plants to close running out of spare parts.

Adesina told Reuters on Tuesday that the currency rate problem needed to be addressed by the government in its reform programme, which he said the AfDB was coordinating with the World Bank.

“We are being clear that the quantitative restriction in terms of access to FX is what’s creating huge gap between parallel market rates and official rates,” he added.

(Reporting by Paul Carsten and Ulf Laessing in Abuja and Sujata Rao in Davos, Switzerland; Additonal reporting by Chijioke Ohuocha in Lagos; Editing by Pravin Char)