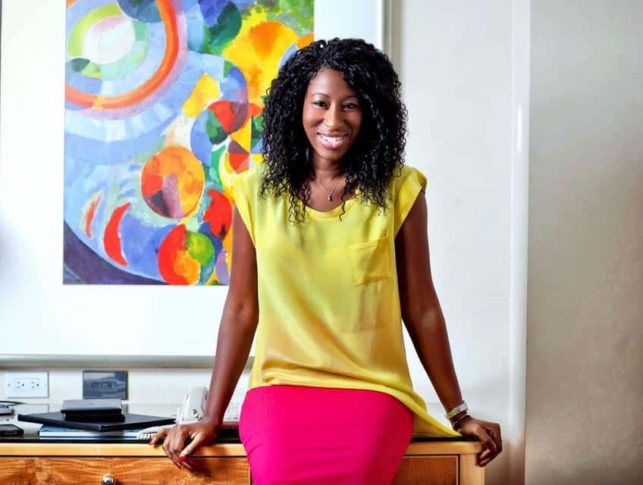 At times recovery from the devastation of war seems intractable, even hopeless. But a 33-year-old woman whose family fled the civil war in Liberia when she was a child is proving otherwise.

Saran Kaba Jones, a Liberian American woman, founded FACE Africa in 2009 to help Liberians gain access to clean drinking water in the wake of her native country’s 14-year civil war. By the time the conflict ended in 2003, Liberia was in ruins – roads, schools, factories destroyed and no electricity or running water.

Jones believes providing access to water is an essential first step in addressing other problems such as lack of education and employment and rebuilding the shattered nation.

“We view water as a true catalyst for change and it doesn’t just solve the issue of health, but it’s a holistic sort of development issue,” said Jones, who is the nonprofit organization’s executive director.

In its nearly seven years of existence, FACT Africa has worked with local residents to build 50 well projects that serve 25,000 people in 35 communities in Liberia. The organization has also trained 300 local pump mechanics.

A more recent effort is WASH, a project to provide water, sanitation, and hygiene awareness to local schools in response to the West African country’s Ebola outbreak.

A key aspect of FACE Africa’s effort is that local residents are engaged from the outset and communities take ownership of the water projects once they are operational. All of the projects so far continue to be fully functional, according to FACE Africa.

“Our projects utilize local materials, local labor and ingenuity and ownership is transferred to the communities upon completion. More importantly, we focus on optimizing sustainability of our water projects by forming long-lasting, collaborative relationships with communities,” FACE said.

Jones said she realized the importance of access to clean water in 2008 when she returned to her native country for the first time since her family fled the war when she was 8 years old. The family lived in Cote D’Ivoire, Egypt, France and Cypress before she attended college and settled in the United States.

She was initially focused on education, having contributed small scholarship assistance to a family friend in Liberia. But the visit convinced her that access to clean drinking water had to be addressed before significant improvements could follow in other areas.

“My interest at the time was education, but when I got to Liberia, one of the things I started to see was that one of the major impediments to education was the lack of clean drinking water,” she said. “Kids were getting sick and not showing up to school for long periods of time because they were drinking contaminated water.”

Jones also saw a connection between water and the empowerment of women and girls, who may spend as much as 60 percent of their day walking to collect water, robbing them of opportunities to work or go to school.

“One of the biggest impediments to women’s growth and development is the lack of clean water. Women and girls are the ones responsible for walking long distances to fetch water. I came to the realization that the basic necessity of clean water had to be met before any other area of development can be tackled. That’s what led me to focus on water, rather than education.’’

Lack of access to water is a global problem and Africa is particularly hard hit. According to FACE Africa, 663 million people globally do not have access to safe water supplies and more than half of them are in Africa. Globally, two million people die each year from water-related diseases. According to the World Bank, water-related diseases kill more African children less than five years of age than HIV/AIDS, malaria, and measles combined.

FACE Africa, based in Cambridge, Mass., raises money through donations, grants from foundations and corporations, and fundraising events, raising about $150,000 annually. The money can accomplish a lot: It costs FACE Africa $7,500 to build a hand-dug well and install a hand pump, for example.

Jones has been recognized for her work, including being named a World Economic Forum Young Global Leader and one of The Guardian’s Africa’s 25 Top Women Leaders in 2013.

From depression to determination

Jones said the harsh realities she found in Liberia on her first visit left her “depressed and disheartened.” But she was determined to make a difference and she has.

“There’s nothing more pleasant or fulfilling than seeing the smiles on the faces of women and children who no longer have to travel miles every day to fetch contaminated water and can now drink water without worrying about getting sick from it,” she said.