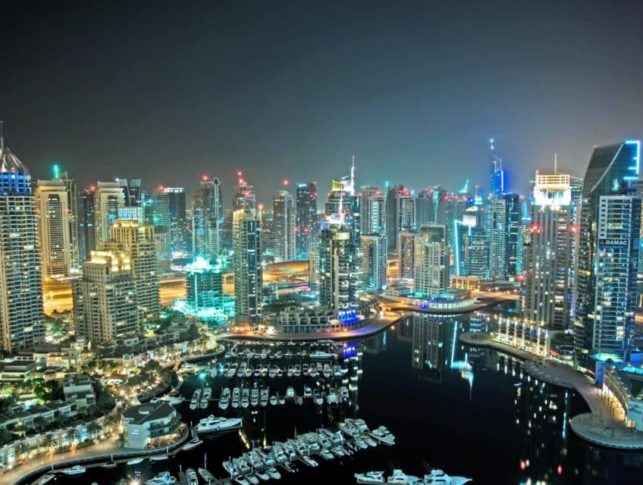 By February of this year, rumors were flying. While there were a great number of financial specialists who re-assured the public that an economic meltdown was not looming on the horizon, there were even more cries that the end was nigh, pointing to a 25% decrease in property value over a short 6-month period. In the end, of course, Dubai did not experience a property crash. Under decree 57 of Dubai’s legal code, a « voluntary arrangement notification » was filed.

Decree 57 was established in 2009 and created a tribunal of three to five internationally recognized judges who have, if deemed necessary, the authority to supervise financial reorganization of Dubai World and its subsidiaries. This tribunal would have the authority to adjudicate disputes related to said restructuring of Dubai World’s (or any of its subsidiary companies) debt.

The creation of this decree was necessary due to the unique status of Dubai World: Dubai World is a « decree corporation », meaning that it does not have the ability to seek protection under existing bankruptcy and insolvency provisions of the UAE commercial Code.

A Voluntary Arrangement Notification, or VAN, is a move that allows Dubai World (and any of its subsidiaries) to propose voluntary debt re-structuring to its creditors and equity holders. This means that Dubai World would create agreements with interested parties to determine how debt would be restructured outside of declaring bankruptcy. In order for this to move forward, a two-thirds majority among creditors must be reached. According to Arabian Business, Dubai World has said that it has “reached formal agreement with a substantial majority by value of its creditor banks on its proposal to amend and extend the terms of its outstanding debt totaling $14.6 billion”.

The end of May is nearing, and the once-inevitable crash has yet to materialize. Dubai World’s smooth filing of a VAN may have prevented a stock market crash because it removed the responsibility of its debt from the public into private discussions. According to a Dubai Market View report by CBRE, housing prices only fell by 2% in the first quarter of 2015—in fact, more money was spent in the first quarter of 2015 than in the last three quarters of 2014. A new household survey, compiled of results from real-estate agents and homeowners, has been created to better monitor the real housing market instead of speculation by outsiders. How was the crash avoided? Some point to sustainable funding avenues, some to the increasing population and their demand for new residences—some, however, suspect that it was the refusal of the public to sell their market shares, which would have caused the seemingly imminent meltdown. It is important to remember that more often than not, shareholders have a large hand in the stability of the real-estate market–especially in this oasis in the desert.