Why female leadership is so important in Africa 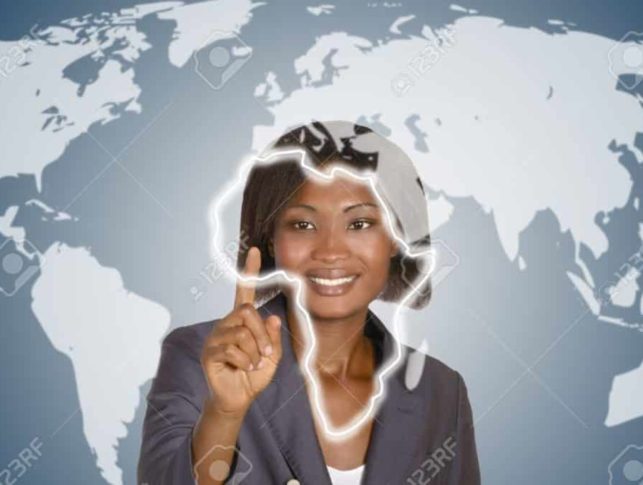 Across Africa, women are ascending to roles of prominence and leadership. This phenomenon is encouraging. More women attaining top positions in both the political and business spheres are positive indicators of progress and social inclusion. Women are needed every bit as much as much as men, in shaping the continent’s new image.

Earlier this year, at the New African Women Forum, many of Africa’s foremost females were in attendance to recognize exemplary leadership, and discuss the obstacles to gender equity across the continent. The highly regarded former World Bank Africa VP, Oby Ozekwezili was one of the key speakers at the conference. Ozekwezili said: “When women participate in the decision-making process at every level, there is a higher propensity of positive outcomes.”

Well known for her achievements as former Minister of Education in Nigeria, her focus on ethical leadership has led her to influential board positions with organizations such as the World Wildlife Fund and The Centre for Global Leadership. Additionally, in the wake of the abduction of the Chibok schoolgirls, Ozekwezili was one of the driving forces behind the viral #BringBackOurGirls campaign. As one of the most formidable female leaders on the continent, it’s no surprise that she scooped the New African Women Award for Contributions to Civil Society.

Women like Ozekwezili are no doubt consummate role models. However, the big problem is that in Africa, there are still too few of her kind. Statistics show that women are woefully under-represented in African politics. Across the continent, women account for a mere 19.7% of total parliamentary positions. Additionally, these figures are skewed by the likes of South Africa, Rwanda, and Mozambique, who have substantially higher levels of female inclusion.

Outside of politics, women are being underutilized in the African workforce. The United Nations Development program has estimated that Africa lost 61% of potential development due to gender equality. Another cause for concern is the fact that only 20% of African women have access to a bank account. This means that the vast majority of women are going without the financial security that comes with being connected to the formal economy through banking.

Culturally there are big obstacles to overcome. African society favors the education of boys over girls, especially in lower income areas. When it comes to cultural gender expectations, African women face an uphill battle against the notion that their traditional place is as child-raiser and housekeeper. In a similar vein, outdated ideas about women’s innate ability are dangerous and need to be dismantled. Prominent Ghanaian lawyer and politician Betty Mould-Iddrisu said “Since there is an ingrained skepticism towards women’s ability to succeed in Africa, it means, simply put, that women leaders must work doubly hard. The path to success is littered with obstacles and it takes huge doses of courage and determination to stay the course.”

A movement is growing

The New African Women Forum was designed specifically to tackle issues such as these. Bringing the current generation of leaders and innovators together is critical to generate discourse and develop coherent strategies. This forum is part of growing movement of both men and women, determined to break barriers and usher in African gender equality. South African Dalphne Mashile-Nkosi embodies the progress women are making. Nkosi, a former African CEO of the Year winner, is the head of billion dollar mining giant Kalagadi Manganese. Nkosi is a proponent of affirmative action and is striving to staff 50% of her corporation with female talent.

She said: “Figures show that when women earn, 90% of it goes back into their society, their children’s education or the local community.” However, not all female African leaders agree on such policies. Valentine Rugwabiza, a renowned Rwandan politician and former Deputy Director General of the World Trade Organization is in favor of meritocracy. She explained: “By having quotas it may seem like they are in their position, not because they deserve it, but because some international statistic requires it.”

While there may be some disagreement between heavyweights such as Rugwabiza and Nkosi, there is no doubt that recent years have seen an increasing emergence of strong female role models.

Women are initiating change in a myriad of sectors, and that’s a cause for great celebration.

Like Africa, Featured Why female leadership is so important in Africa