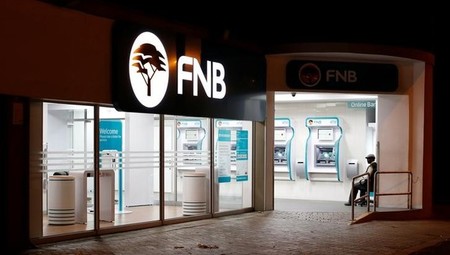 JOHANNESBURG (Reuters) – The chief executive of South African’s biggest lender by market value FirstRand Ltd said the chances of a sovereign downgrade for Africa’s most industrialised country this year had risen due to a stagnant economy and political uncertainty.

Johan Burger said on Thursday after reporting the bank’s annual results that a downgrade would negatively impact lending and lead to banks tightening credit extension. The central bank has forecast growth at zero percent this year.

FirstRand reported a 5 percent rise in full-year headline earnings per share (EPS), slower than the previous year which it blamed largely on a sluggish economy, sending its shares down nearly 3 percent in early trade.

“The probability has actually increased for a downgrade,” he told Reuters. “That would have a negative impact on lending.”

Burger said a downgrade could hurt clients’ ability to afford credit as the currency weakens and interest rates rise.

“Low growth combined with weaker balance sheets of some state-owned enterprises (SOEs) has added fiscal risk which is likely to result in a sovereign downgrade by the end of 2016,” FirstRand said in a statement.

Moody’s rates South Africa two notches above junk, while both S&P and Fitch left ratings at BBB- in June, one notch above junk, however both agencies warned about the weakness of growth and heightened political risks.

A police investigation into Finance Minister Pravin Gordhan over a surveillance unit set up years ago at the tax agency when he headed the department has rocked local markets and led to concerns that ratings agencies could downgrade the country in their reviews expected by December.

Earnings were lifted by a 13 percent increase in net interest income and a 7 percent rise in non-interest revenue. Headline EPS is the main profit measure in South Africa; it strips out certain one-off items.