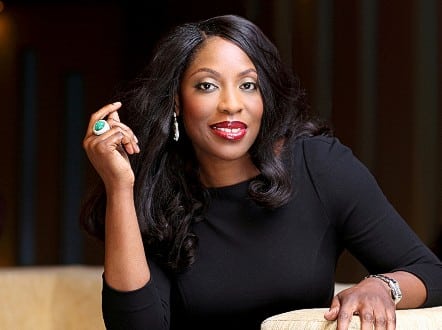 Mosunmola Abudu, or Mo Abudu as she is more commonly known, is one of Africa’s most vibrant personalities. She is a jack, and a master, of many trades. Abudu is a renowned entrepreneur, talk show star, media personality, human resources guru and philanthropist. Forbes magazine has even gone so far as to name her “Africa’s most successful woman” and others have dubbed her “Africa’s Oprah”.

Early life in the UK and Nigeria

Born in the United Kingdom to Nigerian parents, Abudu spent her early years in Hammersmith, London. When she was aged seven, her family decided to return to Nigeria. She was sent to stay on her grandparent’s farm in Ondo State, and it was here that Abudu really connected to her African roots. When she was just 12 years old, her father tragically passed away, and not long after, Abudu returned to the UK. She moved to Kent, to stay with a family friend and guardian before enrolling in The Ridgeway School, in Tunbridge wells.

Abudu has recounted that she was one of the few black children in the school and that 1970’s Britain wasn’t the most multicultural or tolerant place. She often felt the need to prove herself in the face of ignorant remarks and hurtful questions. She said: “I think somewhere deeply buried in my subconscious was a need to tell Africa&#39;s story.”

A remarkable career and an outlandish dream

Abudu obtained a Master’s degree in Human Resources Development at the University of Westminster. She started her HR career in 1987, joining recruitment giant Atlas Group. She swiftly maneuvered herself into senior corporate positions. In 1992, she moved back to Nigeria after being headhunted by ExxonMobil to head up their HR and training unit. In 2000, she set up her own specialist HR consultancy, Vic Lawrence &amp; Associates, which she still owns today. Despite her success, an unfulfilled ambition gnawed at her. She left her HR career in 2006, to pursue her dream, television. Abudu felt that Africa was ready for its own TV talk show and that she was the star to host it. In 2008 she pitched her pilot episodes to executives at DStv. Convinced by her tenacity and passion; they decided to commission the program.

“Moments with Mo” has gone on to become a pan-African Success. Abudu has hosted distinguished guests such as Hilary Clinton and President Goodluck Jonathon. Today it airs in over 50 African countries, and Abudu is a veritable household name across the continent. However, the popularity of Moments with Mo was not enough for Abudu. She was convinced that Africa needed a bigger platform to promote African culture in a more positive way. In 2013 she launched Ebony Life TV. This award winning network is now established across the continent, and offers a range of high quality, exclusively African content across television, mobile and internet platforms. Through Ebony Life TV, Abudu hopes to particularly engage with Africa’s growing young demographic, as she sees them as the “custodians of the future.” She hopes to use her network’s content to galvanize this generation, and foster a new-age African identity for the future.