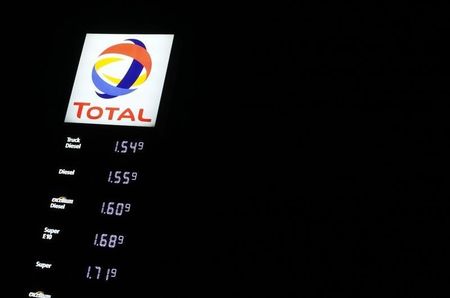 LUANDA (Reuters) – France’s Total has signed an memorandum of understanding with Angola’s Sonangol, a first step to opening fuel stations in the southern African nation, Total told Reuters on Wednesday.

Angola, the continent’s second biggest oil exporter, said in October it is reorganising its oil sector and state-owned Sonangol, but details about the changes have been sparse.

Total, the largest foreign oil company producing in Angola, said the MOU was signed by chief executive Patrick Pouyanné on Monday and paves the way to a network of Total-branded stations in Angola.

“In a first phase, products would be obtained through Sonangol,” said a Total spokesman.

Sonangol has a refinery in Luanda that produces 56,000 barrels per day.

The state-owned company said in a separate statement the agreement could represent an investment of hundreds of millions of dollars, with benefits both immediate and long term.

“This action, via a consolidated partnership between the two companies, embodies the government’s strategy to liberalise trade in the sector,” Sonangol said.

Total said it will give more detail once the shareholder agreement with Sonangol is signed.

Angola’s finances have suffered as a result of a sharp slide in oil prices since mid-2014 as oil output represents 40 percent of its gross domestic product.

Sonangol is under pressure to show how it is boosting the downstream potential in Angola, which is a major producer of crude, but does not refine enough to meet its own fuel demand.