Freeman Osonuga: To Space and Beyond 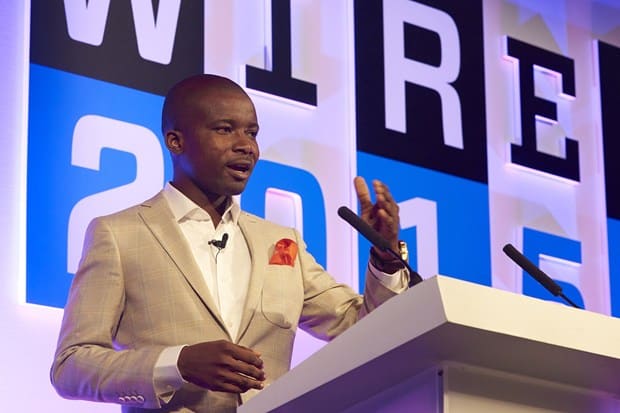 31-year old Nigerian Doctor, Freeman Osonuga, has 927 followers on Twitter. That number is minuscule compared to 44,700 who follow fellow countryman, and former NBA star, Hakeem Olajuwon. That could change quickly. A man of many hats, Osonuga may have a larger global impact than the basketball player when all is said and done. In 2014, TIME Magazine pegged him as a “Person of the Year” with other Ebola fighters, joining the likes of Mahatma Gandhi, Martin Luther King Jr., and Pope Francis in an elite club of world changers. What will he do for an encore? Freeman Osonuga may become Spaceman Osonuga, exchanging his Ebola suit for a spacesuit as part of his mission to save the world.

Born the youngest of six children, Freeman grew up in Ogun State, an impoverished area of Nigeria that was once a part of the short-lived Republic of Biafra. He lost his father in his youth, and his mother struggled to send him and his siblings to public schools. At the Olabisi Onabanjo University, he studied medicine and surgery. Osonuga started an NGO as an undergraduate student called Heal the World Foundation Nigeria. The foundation’s objectives are to care for children with disabilities, orphans, and the less-privileged. So far, they’ve helped over 550 children with disabilities and orphans in Nigeria: a good start for a man who strives to save the world.

One of Ten Outstanding Young People in Nigeria 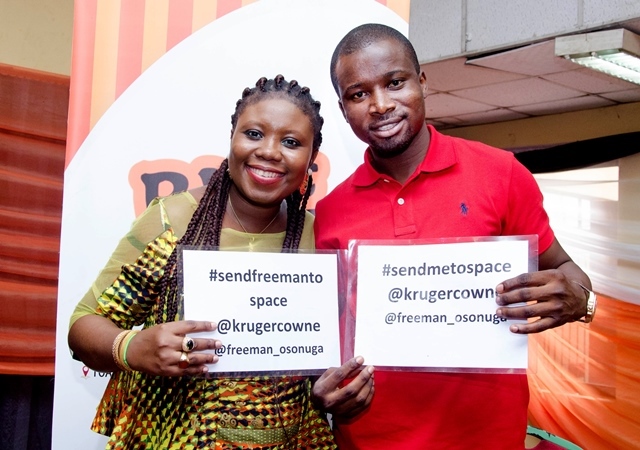 In his writings, Osonuga has stated that the Heal the World Foundation Nigeria aspires to be the leading organization working with global organizations to guarantee that poverty in Africa is eradicated and becomes an informative display in a museum where it belongs. His work with the group has garnered attention locally and internationally. In 2013, he was named by Junior Chambers International (JCI) Nigeria as one of ten outstanding young persons in Nigeria and was selected by MTN Group Ltd (South Africa) to be one of their 23 delegates to 2013 One Young World Summit in Johannesburg. One Young World is the preeminent global forum for young leaders aged 18-30. It brings together the most promising young leaders from around the world, empowering them to make lasting connections and develop solutions to some of the world’s most pressing issues.

The Kruger Cowne Rising Star programme selected Osonuga as a One Young World Ambassador for the One Young World Summit 2014 in Dublin. Outstanding members of the public and Ambassadors, aged 18-35, were invited to nominate themselves to go on a once in a lifetime trip. Young people from 90 nations cast their vote in Kroger Crowne and One Young World’s global search for an icon of the future to catapult onto the international stage and into space – upon the XCOR Lynx® Spacecraft. Freeman Osonuga put himself in a position to be that icon.

Soon after the Summit, Osonuga embarked on the most dangerous journey of his short life; he volunteered to battle the Ebola virus at its peak in West Africa for six months with 835 African Union Ebola responders. Over 28,000 people have contracted the virus, and over 11,000 have died during the epidemic, including 230 medical care workers battling it. Freeman worked with a medical team in Magbenteh Ebola Treatment Unit, a 100-bed facility, in northern Sierra Leone. Fortunately, he did not contract the Ebola virus while treating the disease. In his walk through this valley of the shadow of death, he gave hope and comfort to fellow Africans fighting the disease, both those afflicted and the medical team. The Magbenteh Unit had a 65% survival rate with patients and a zero percent infection rate among the medical staff. For his efforts, Osoguna received the Meritorious Service Award from President Bai Ernest Koroma of Sierra Leone as well as the recognition by TIME magazine.

Life has not slowed down for the Nigerian doctor. He is a WIRED 2015 Innovation Fellow and recently spoke at their 2015 event with 11 other featured speakers. He has also been named an Associate Fellow of the Royal Commonwealth Society. On October 2, 2015, he was shortlisted as one of three finalists for the space trip sponsored by Kruger Cowne, One Young World, and Xcor Space Expeditions. Freeman will deliver a keynote speech to thousands of delegates and a panel of global business trailblazers at the One Young World Summit in Bangkok in November. After the three finalists give their speeches on topics of their choice, a winner will be announced. If selected, Freeman Osonuga may make history as the first black African to venture into space.

The trip will last about one hour and will blast off in 2016. G-Force training is scheduled for the trip, in the Netherlands, to prepare passengers for their travel outside of the Earth’s atmosphere. Osonuga told Quartz Africa that the overall objective of the project is not just going to space; it is to raise global conversations on issues that affect all inhabitants of Earth such as climate change, global peace, and poverty. Godspeed, Freeman Osonuga!

Africa, Featured, Leaders Freeman Osonuga: To Space and Beyond