Gambling explodes on the continent 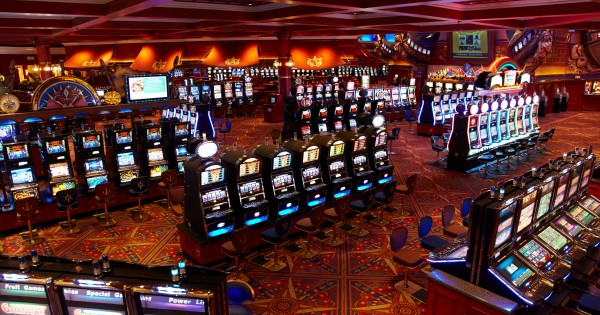 As tourism increases and many Africans raise their standard of living, several countries on the continent are experiencing explosive growth in online gambling and development of casinos.

South Africa, with the most developed economy on the continent, also has its largest gambling market, with more than $1.5 billion in annual revenue.

The nation’s online sports gambling sites generate significant revenue, and mobile online gambling is exploding as more and more people use their phones for transactions. Widespread internet connectivity has also driven the boom in online gaming in South Africa.

At the same time, the South African government earlier this year rejected a proposal to expand online betting options to include poker and other casino games.

Proponents argue that international gambling sites are serving South Africans with those games and it would be better if the revenue stayed in the country.

However, South Africa’s Department of Trade and Industry has steadfastly opposed an expansion, citing “social ills associated with gambling, especially online gambling.” The government levies fines of up to $865,000 and prison terms of up to 10 years for illegal gambling. In July, the trade department took a step further and called for development of ways to prevent access to online gambling on sites outside the country.

Even as the nation’s economy slows, South African casinos are attracting major investments.

Tsogo, based in Johannesburg, has upgraded two of its largest casinos and will spend nearly $140 million to expand a Suncoast gaming and entertainment site in Durban. The company also hopes to build a new casino in Cape Town to replace a smaller one.

The investments may create surplus of space in the short term, but the company is betting on growth in the near future, according to Chief Executive Officer Marcel Von Aulock.

“We’ve done all the work, so we are waiting for the uptick to come,” Von Aulock said.

Gambling revenue in South Africa in 2014 increased to $1.5 billion, and Price Waterhouse Coopers projects it will top $2 billion by 2019.

Unlike South Africa, Nigeria’s online gambling platforms offer casino games as well as sports betting, which is growing rapidly. Most dice games, including roulette are banned.

Sun International, which operates more than three dozen hotels or casinos on the continent, runs three casinos in Nigeria, including Palace Casino in Lagos, which has slot machines and table games including roulette and blackjack.

In Kenya, gambling accounted for $20 million in revenue in 2014. That reflected a 7 percent increase from 2013 and followed an increase of 11 percent from 2012 to 2013. Experts attributed the slowdown to the imposition of a 20 percent tax on gambling as well as the launch of a national lottery. Price Waterhouse Coopers projects revenue will reach nearly $29 million in Kenya in 2019, reflecting an annual growth rate of more than 7 percent.

Kenya’s National Assembly in August launched an inquiry into the casino industry with a focus on tax compliance and management of tax revenue from the industry, as well as allegations of money laundering.

Lawmakers expressed concern that the country needs a greater regulatory industry to monitor the burgeoning industry.

Kenya is home to more than a dozen casinos while online betting services include both sports gambling and casino games.

Mauritius also has more than a dozen casinos, including the Treasure Island Vegas Casino near the airport, a popular attraction with tourists as well as local elites. Gambling anchors the nation’s thriving tourism industry, which drew more than 1 million visitors in 2014, according to the World Bank.