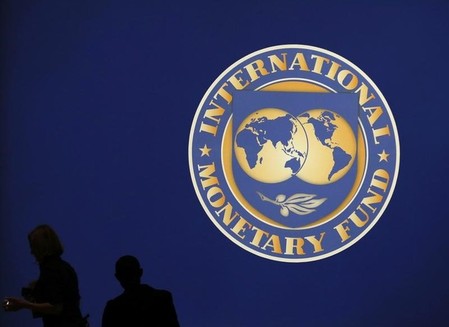 ACCRA (Reuters) – Ghana’s new government plans to review its $918 million programme with the International Monetary Fund because it may need more money for its spending plans, a minister-designate said on Friday.

The three-year programme, signed by the previous government in April 2015, imposes strict targets for revenue collection and spending. It aims to reduce inflation, the public debt and the budget deficit and restore rapid growth to Ghana’s economy.

President Nana Akufo-Addo won December’s election in part by promising voters he would give the equivalent of $1 million to each constituency per year for development, build a dam in every village and a factory in every district while cutting taxes.

“It (the IMF programme) must be reviewed. It will certainly be reviewed,” Yaw Osafo-Maafo told a parliamentary committee vetting him as senior minister. The programme “squeezes the fiscal space” and would be reviewed with the IMF, he said.

Economists say the Fund cannot change its overall programme objectives but interim targets can be modified in the light of performance between each IMF review. As a result, the new government could negotiate less onerous conditions if it finds that targets set for the end of 2016 were not met.

In an indication that this may happen, the new government says the budget deficit stood at around 8 percent at the end of 2016, higher than the 5.3 percent targeted under the programme.

The Bank of Ghana will likely cut benchmark interest rates by 50 basis points to 25 percent on Monday because of the fiscal deficit overshoot and recent pressure on the cedi currency, said a research note by Standard Chartered.

The government will also restore central bank financing of the deficit, Osafo-Maafo said. Under the IMF programme, Ghana was supposed to present a bill for zero deficit financing from 2015 but parliament instead passed a law allowing 5 percent financing.

“It (the law) was unnecessary and it will be reviewed,” Osafo-Maafo, a former finance minister said.

He said the government will continue to borrow “in a better way” to refinance debt, which stands at 71.8 percent of gross domestic product.

The government says it will maintain fiscal discipline and give Ghana double-digit growth for each of the four years of its term in office. Ghana’s main exports are cocoa, gold and oil.

“The economy is not in the best of shape but it (the growth target) is doable,” Osafo-Maafo said.