Gold Fields to spend $1.4 bln on Ghana’s Damang mine 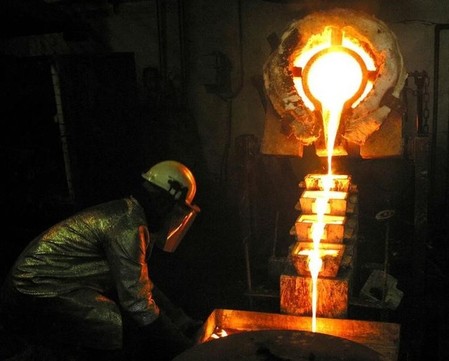 JOHANNESBURG (Reuters) – South Africa’s Gold Fields will invest $1.4 billion to extend the life of its Damang mine in Ghana, it said on Monday, as it reported a quarterly output update.

The investment will extend the life of the mine by eight years to 2024, in which the firm expects to produce 1.56 million ounces of gold there.

Gold Fields signed an agreement with Ghana’s government in March linking royalties payments to the bullion price and lowering the corporate tax rate to 32.5 percent from 35 percent.

“Damang reinvestment was planned at a gold price of $1,200 an ounce, so we’ve got some headroom and, importantly, the breakeven price at Damang is $1,050 an ounce so we’ve got a $200 ounce cushion before the project starts becoming uneconomic,” Chief Executive Nick Holland told Reuters.

Gold was trading at around $1,265 per ounce on Monday.

Since 1997 the Damang mine has produced more than 4.0 million ounces from multiple open pits, but production has declined since 2013 as ore grades have been lower than expected.

The firm started a strategic review of the mine last year and mulled mothballing or even closing it, but ultimately decided to invest to deepen the main pit to get access to the full orebody.

Gold Fields also retains the option of expanding the operation at Damang should the gold price strengthen sustainably to above $1,400 per ounce, it said in a statement.

The company on Monday reported its total gold production in the three months to September 30 was 537,000 ounces, 4 percent lower than in the corresponding period a year earlier.

Gold Fields maintained its guidance for attributable equivalent gold production for 2016 at between 2.10 million and 2.15 million ounces. Latest Updates from Reuters Gold Fields to spend $1.4 bln on Ghana’s Damang mine