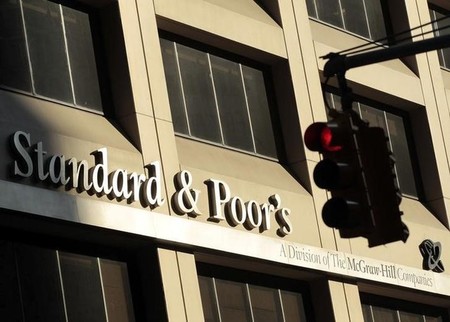 JOHANNESBURG (Reuters) – S&P Global Ratings reiterated its concerns on Tuesday about weak economic growth, political tensions and policy reform in South Africa, which faces the prospect of downgrades to its sovereign credit ratings which would raise the cost of borrowing.

The political temperature has been rising in Africa’s most industrialised economy ahead of the ruling African National Congress (ANC) party’s key policy and leadership conferences this year, to chart the country’s economic and political course. A successor to President Jacob Zuma as head of the party is due to be elected at the ANC’s conference in December.

“If we see a lot increasing political tensions, infighting in state institutions which could derail the government’s plans in boosting economic growth then that can impact on our forecasts on growth,” Gardner Rusike, S&P associate director told a conference.

S&P has cited “political turmoil and tension” before and the issue clearly remains high on the investment radar screen.

Growth has also been a persistent concern. South Africa’s economy grew by 0.3 percent in 2016 versus 1.3 percent in 2015, well short of the government’s target of 5 percent.