Herman Heunis: the tech entrepreneur who stepped away from the limelight 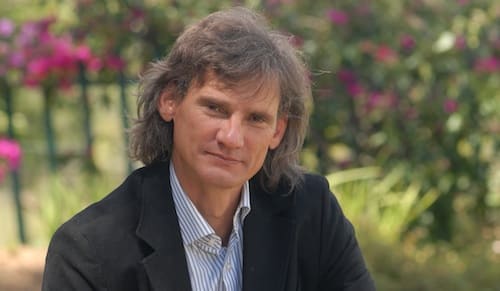 What’s next for Herman Heunis, the man who created “Africa’s Facebook”?

Herman Heunis is the man who created MXit, which was at one point Africa’s most subscribed to social media platform. Born in Namibia, Heunis grew up in a rural community where his parents ran a sheep farm, but Heunis was drawn to technology as a young man. Having moved to South Africa, Heunis attended Stellenbosch University in 1977 and 3 years later began his career in computer programming.

It was not until 1990 that Heunis launched the first of his own businesses, when he created an ICT consultancy firm. This was followed in 1998 by the launch of Swist Group Technologies, an information and communication technology company which specialized in software development. This entrepreneurial spirit would eventually lead to the formation of MXit.

MXit was launched in 2005 as an instant messaging service in Stellenbosch, and it took a rapid hold within the youth of South Africa. By 2013, MXit had a larger user base in South Africa than Facebook, with 45 million registered users in the country. This user base was growing by 60,000 new registered members per day, and 750 million daily messages were being sent across the MXit network.

MXit had originally been created as a mobile game, but it struggled to find sponsors, and the gaming angle was eventually removed. Heunis explained the evolution of the MXit service saying, “An integral part of the game was communication between players. After several metamorphoses we dropped the game idea and focused only on the communication part – that worked extremely well.” 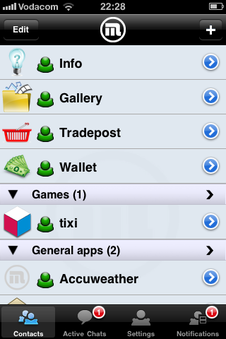 The MXit application on iPhone

When MXit was launched the entire team consisted of Heunis and 7 employees, but the rapid growth of the service attracted attention and further investment. Only 2 years into its existence, MXit received major investment from the Internet giant Naspers. What had been an 8 person company grew to employing 150 people as MXit looked to expand its reach far beyond the confines of South Africa.

Through innovative viral marketing, Heunis secured 500,000 users in Indonesia, and while the core of MXit’s users was still in South Africa, the platform was being used in more than 120 countries by 2011. The speed of MXit’s success and growth was impressive, but Heunis does not like to take all the credit, saying, “Timing was perfect and I had a fantastic team. The word ‘failure’ was never an option.”

Selling up and moving on

At the height of MXit’s popularity, Heunis made a shock decision, and decided to sell the company. Stepping down from his CEO position at the end of 2011, Heunis completed the sale of his company in 2012 to Alan Knott-Craig Jr. The decision was evidently a difficult one to make as Heunis said, “Selling a company that you have started is traumatic. Fact of the matter was, I was extremely tired and burned out, and staying on as CEO was not in the interest of the company.”

Knott-Craig Jr’s company, World of Avatar, did not grow MXit as Heunis might have hoped to see. In fact, in 2015 MXit was closed down, and Heunis expressed his disappointment on Twitter. Heunis tweeted that he regretted being too burnt out to continue at the helm in 2011, but that he truly believes that MXit had “all the ingredients to become a major success story.”

Heunis has said that his motto is “You are the captain of your ship,” and it appears that without its captain, MXit experienced a rapid decline after its sale to World of Avatar. As numbers dwindled the reversal of the company’s fortunes could not be stopped, and what had been Africa’s largest social media network ceased to exist.

Since departing from MXit, Heunis has stayed away from the limelight, and thrown himself into various hobbies including endurance bike races such as the Absa Cape Epic.

While MXit’s sale has ensured that Heunis need never work again, it was never money that motivated him anyway. Heunis has said, “For a true entrepreneur, the satisfaction of creating outweighs the money rewards.”

With that in mind, it would be too soon to say that we have seen the last of Heunis as an entrepreneur, but he says he has no immediate plans to return to the world of technology.

Africa, Featured, Leaders Herman Heunis: the tech entrepreneur who stepped away from the limelight