The IMF predicts considerably growth in the Ivory Coast’s economy 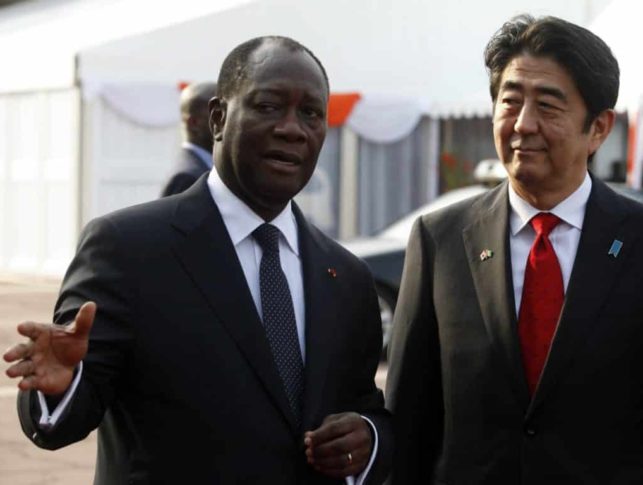 The Ivory Coast is West Africa’s largest, French-speaking economy, and its growth looks set to continue, as the IMF predicts a 7.4% increase in the nation’s GDP over the next 3 years. The nation’s government is even more confident, predicting greater growth over the next two years than IMF figures, but either way it shows the increase in stability within the nation since President Alassane Ouattara came to power in 2011.

Since Alassane Ouattara officially took office in 2011, the Ivory Coast has been in a period of sustained political stability that has led to marked economic growth. Ouattara has invested heavily in Ivorian infrastructure, and targeted outside investment to help the country continue its economic development. A reduction in red tape has allowed businesses to flourish, and staple crops such as cocoa have yielded even greater returns, with the Ivory Coast now responsible for around 45% of the world’s cocoa supply.

With this continued economic expansion, the IMF has predicted that between 2017 and 2020, the Ivory Coast will average 7.4% growth. However, Ouattara’s government is even more optimistic as they state that growth for 2016 will actually be 9%, and not the 8.5% predicted as an end of year figure by the IMF. Similarly, the Ivorian government claim that there will be 9% expansion in GDP in 2017; a figure that is 1% higher than IMF projections.

The construction of new roads and dams has also helped bolster the economy, and a new constitution aims to ensure that the armed conflicts of the past do not return to unsettle this new political and economic stability.

Investment for the future

While investment in infrastructure has been a key part to increasing crops and the ability of domestic businesses to flourish, attracting outside investment is also integral to prolonged growth. The Ivory Coast is looking to maintain its traditionally strong areas of production, such as its cocoa exports, while creating new sources of revenue and development.

As such, President Ouattara has targeted foreign investors to help fund his 5 year plan for growth within the country. In May of this year, the Ivory Coast’s government secured more than $15 billion in support from external investors and donors. With the new constitution passed into law, the government hopes that foreign direct investment (FDI) flows will increase, as concerns of security will continue to diminish.

The amount of pledges announced in May will offer great encouragement to both the government and the people of the Ivory Coast. When targets were set for a Paris meeting that aimed to attract FDI’s, the government said it hoped to raise $8.8 billion, so with over $15 billion actually achieved, it indicates a huge step forward for the economy. Ouattara’s plan was to put around $60 billion, in total, into projects that would run from 2016 to 2020. After receiving almost double its target from foreign investors, Ivory Coast’s government said that this success showed the “full support of the international community”.

In September of this year, Ouattara went to New York to make a speech at the U.S. Africa Business Forum, as he looked to continue his drive for foreign finances. During the speech, the President stated that the Ivory Coast has no preference over whether investment comes from public or private sources.

In addition, he made it clear that all areas of the world were valued equally in terms of how attractive their investment was to the Ivorian government, and added that, “We just want the maximum amount of investment possible.”

As foreign investors continue to show interest, Ouattara’s government will hope that they can maintain the growth that the country has shown, since the post 2010 election conflicts ended. Moreover, if the government’s figures are accurate, then the Ivory Coast will look to outperform the, already positive, predictions of growth that the IMF has announced. Potential investors will be watching with interest as the 2016-2020 plans develop.

Like Economy, Featured The IMF predicts considerably growth in the Ivory Coast’s economy