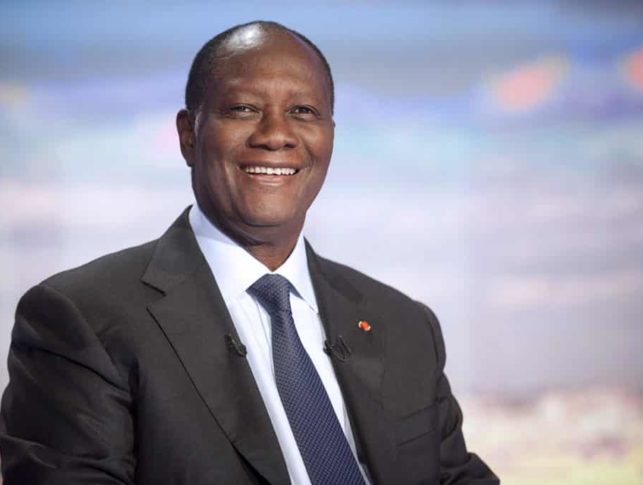 In a tightly monitored and relatively peaceful election, the people of the Ivory Coast have re-elected Alassane Ouattara, former Prime Minister and former deputy managing director of the International Monetary Fund, as President of their country in a landslide. Fifty-five percent of eligible voters participated in the election casting 84 percent of their votes for Ouattara, keeping him in power until 2020 in the cocoa-rich country.

Voter turnout was decidedly lower than the 80 percent rate for the hotly contested 2010 vote, but it was substantially above that of the previous presidential elections in 2000 and 1995.

Pascal Affi N’Guessan, his closest rival and also a former Prime Minister, won 9 percent of the vote. N’Guessan is the head of ex-president Laurent Gbagbo’s Ivorian Popular Front (FPI) party. N’Guessan’s presidential run attempted to bring FPI back into political relevance after sitting out the parliamentary and local elections after Gbagbo’s arrest during the 2010 post-election crisis.

Laurent Gbagbo and the 2010 Election

Ouattara finds himself in a very different position than he did after the disputed 2010 election which resulted in the ousting of two-term president Laurent Gbagbo. In 2010, Gbagbo received 38% of the vote in the initial election but faced a run-off with second-place Ouattara because of the country’s election rules requiring the winner to have 50% of the vote. In the run-off, Ouattara received 54% to Gbagbo’s 46%, according to the Independent Electoral Commission (IEC), but that vote was disputed by the Constitutional Council, which then determined that Gbagbo had won 51% of the vote after citing evidence of irregularities. Both candidates declared victory, and both took the presidential oath of office.

The United Nations, the ECOWAS, the African Union, the European Union, the United States, and former colonial power France declared support for Ouattara. They determined that the election was not compromised with former Prime Minister Ouattara winning a fair and free election at the ballot box. Gbagbo was told to abdicate the presidency by most of the international community. The body charged by the Ivory Coast Constitution with determining electoral disputes, however, declared Gbagbo to be the winner.

An ugly, bloody post-election civil war ensued pitting Gbagbo’s military against rebel forces supporting Ouattara with help from French troupes and UN peace-keeping forces. Four months of fighting, causing over 3,000 deaths and a deeper divide within the country, ended with Ouattara’s soldiers capturing and arresting Laurent Gbagbo. Ouattara then took power and the International Criminal Court indicted and arrested Gbagbo for crimes against humanity during the post-election civil war. Gbagbo is imprisoned in The Hague, Netherlands and is facing trial two weeks after the 2015 elections. Hardline members of his party, the Ivorian Popular Front (FPI), disavowed their latest candidate N’Guessan, however, and requested supporters to boycott the polls. Voter turnout was markedly lower in areas considered Gbagbo’s traditional strongholds.

Division in the Ivory Coast

The outcome of Laurent Gbagbo’s ICC trial will have a substantial impact on the course of the next five years in the political climate of the Ivory Coast. The verdict, resulting in either an acquittal or conviction, will affect the balance of power in the FPI and its political support in the opposition. Most are expecting that Gbagbo will be convicted, but an acquittal would be a game changer. It could unite the opposition to Ouatarra and have a substantial impact on current political sympathies and the election in 2020.

The opposition parties in the Ivory Coast are currently deeply divided and in a state of disarray. Despite a few claims of voter intimidation and unequal access to state media, this election is universally considered valid, and there will be no civil war to determine who will be President. Over 10,000 police officers and soldiers were deployed all over the country to keep the peace during this year’s election.

All is still not well in the country with a continuing north-south divide, but progress is apparent, and Ouattara cites a growing economy based on its cocoa exports. Investors are flooding into the world’s top cocoa grower and their fears of upheaval are, temporarily, alleviated. Official observers considered the election peaceful and transparent. The President congratulated all Ivorians for their maturity and exemplary behavior. Economic Growth and Optimism for the Future

Ouattara has presided over an unprecedented economic turnaround during his time in office. He is a noted economist known for transforming his country into one of the largest economies among its peers in West Africa after being decimated by civil war. The Ivory Coast economy is expected to expand about 10% this year, after averaging close to 8% the previous three years. The gain is greater and more rapid than most of its West African peers. Critics of the President believe he needs to do a better job of alleviating overall poverty and encourage further reconciliation after decades of violence and division within the country.

President Ouattara is optimistic about the future of his country. He believes that the people of the Ivory Coast are committed to a path of stability and reinforcement of democracy that his government is trying to foster. Hope is that the country continues its development and that peace will accompany it. Citizens must engage with their government and with their fellow citizens in peaceful political discussion and debate for progress to continue.

Mr. Ouattara believes that continued healthy growth in the economy will ease tensions that have divided the country in the past. An important element of reconciliation is improving living conditions, and this is already happening with investment in power infrastructure and the increasing availability of potable water. There is new hope in the country, and President Ouattara believes it will continue during his time as its leader.