Kellogg to spend $450 mil to expand in Africa 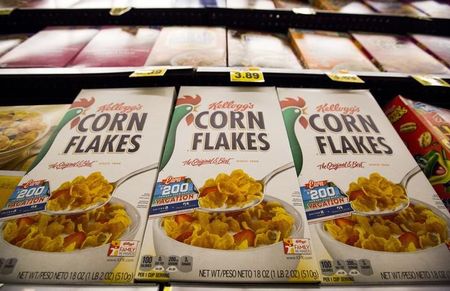 15 September 2015 Comments (0) Africa, Business, Latest Updates from Reuters, US  Like

(Reuters) – Kellogg Co is setting up a joint venture with the African arm of Singapore’s Tolaram Group to bolster its breakfast and snack food offerings in West Africa.

Kellogg will also pay $450 million for a 50 percent stake in Lagos, Nigeria-based Multipro, a food sales and distribution company owned by Tolaram, with an option to buy a stake in Tolaram’s African unit.

Kellogg said it intends to develop snacks and breakfast items for the West African market through the joint venture.

The world’s largest cereal maker will also get access to Multipro’s distribution network in Nigeria and Ghana, and potentially in the Dominican Republic of Congo, Ivory Coast, Cameroon and Ethiopia.

U.S. packaged food companies are increasingly looking to expand in emerging markets as customers in their biggest markets such as North America increasingly prefer cheaper private-label foods and cook more at home.

Kellogg said it expects costs associated with the Tolaram deal to lower third-quarter earnings by 1 cent per share.

The company’s shares were down slightly in early trading on the New York Stock Exchange. Up to Monday’s close of $66.73, they had fallen 4.4 percent over the past 12 months.

Africa, Business, Latest Updates from Reuters, US Kellogg to spend $450 mil to expand in Africa