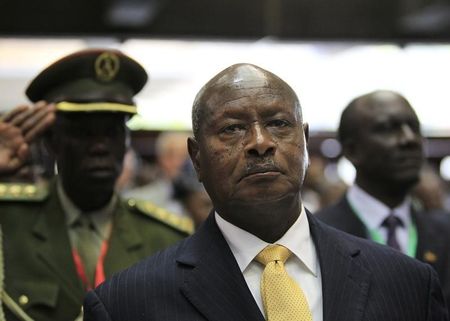 NAIROBI (Reuters) – Kenya and Uganda’s presidents and oil company executives will meet on Monday to hold further discussions on a route for a pipeline to transport the two countries’ oil, the Kenyan president’s spokesman said on Sunday.

“President Uhuru Kenyatta will host Ugandan President Yoweri Museveni tomorrow … They will discuss the construction of the Uganda-Kenya oil pipeline, a key plank of the Northern Corridor Infrastructure Projects,” Manoah Esipisu said in a statement.

Last wee, Tanzania’s presidency said that Total, which has a stake in Uganda’s crude oil discoveries, had set aside $4 billion to build a pipeline from Ugandan fields to the Tanzanian coast and that Tanzania wants the three-year construction schedule shortened.

The comments raised the stakes in a competition to secure the pipeline with Kenya, which wants Ugandan oil to be exported across its territory and wants the pipeline to link up with Kenyan oil fields.

“Kenya favours the northern route through Lokichar, because as part of the Lamu Port, South Sudan, Ethiopia Transport (LAPSSET) project, it would transform infrastructure and the way of life of the people in the towns and counties across its path,” Esipisu said.

He added that officials from Tullow Oil, Total and China’s CNOOC had been invited to the meeting.

Total has previously raised security concerns about the Kenyan route. Sections of the Kenyan pipeline could run near Somalia, from where militants have launched attacks on Kenya.

But industry officials have also said that connecting Kenyan fields, which have estimated total recoverable reserves of 600 million barrels, with those in Uganda would make the pipeline project cheaper because costs would be shared.

Both Kenya and Uganda, which the government says has a total 6 billion barrels of crude, have yet to begin commercial production.

Africa Oil and Tullow were 50-50 partners in blocks 10 BB and 13T, where the discoveries were made. Africa Oil has since sold a 25 percent stake in those blocks to A.P. Moller-Maersk.