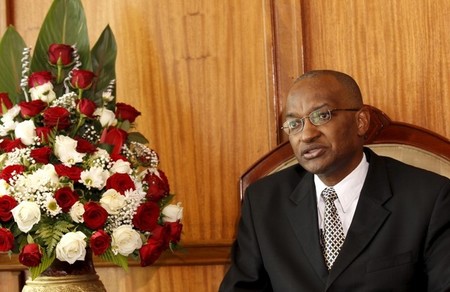 The remarks by Patrick Njoroge were one of the first indicators of how the new limit on lending rates, which came into force last week, may affect the country’s banks.

“Those risky borrowers who are at the margins may be cut off from borrowing. It’s unclear which way this will go. We haven’t done it before,” Njoroge said at a news conference.

The cap – 400 basis points above the central bank rate, now 10.0 percent – is intended to spur personal and corporate investment by holding down interest rates.

Banks opposed the cap before it was signed into law, arguing that they needed high interest income to offset the risks of lending in one of Africa’s biggest frontier markets.

Njoroge said some banks were already seeking alternative ways to invest their money.

“Once the law was signed, some banks tried to move their assets to government securities. But remember that is not an open door. There is a supply constraint,” he said.

On Tuesday, the central bank cut its key lending rate by half a percentage point, or 50 basis points, to 10 percent, in a bid to spur credit growth.

“Existing borrowers will benefit, because their rates will come down by that amount,” Njoroge said.

Non-performing loans as a proportion of total loans rose to 9.3 percent in August from 8.4 percent in June and from 5.7 percent in December, due partly to stricter reporting of bad debt and partly to the slower growth in private-sector lending.

“There is some increase, which is related to lethargic growth in private-sector credit. When credit growth is rising quickly, NPL to gross loans falls, because you are getting better and better gross loans,” Njoroge said.