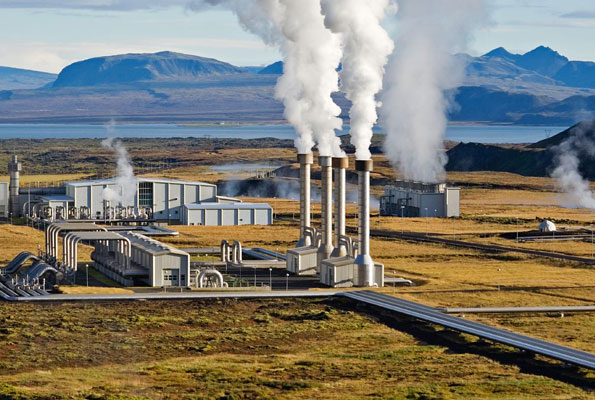 In the space of only a few years, Kenya has shifted its entire focus on energy, and created unprecedented growth in geothermal production. While hydro-electricity has long been the nation’s main source of power, the Kenyan government now hopes that by 2030 only 4% of the country’s energy will be hydro-electric. The notoriously unreliable rains of East Africa make a shift to geothermal power a sensible choice, and Kenya’s Great Rift Valley is proving to be a giant source of energy.

It was back in the 1950’s when the first exploratory wells were dug in the Rift Valley. The Olkaria region of the area was quickly ascertained to have serious potential for energy creation. Under the surface there is a seething mass of geothermal activity that blanketsthe area with hot springs and bubbling, sulfuric fissures. It is no surprise that the national park in which Olkaria is found is known as “Hell’s Gate.”

Within 10 years of the first drilling, the Kenyan government, working alongside the UN, began more in-depth assessments of the energy potential that bubbled beneath the ground. By 1981, the first geothermal power plant had opened in Olkaria, with an initial output of 45 MW. Harnessing this natural energy became a large project, with over $1 billion of investment over the next 20 years. However, it was an investment worth making, as Kenya’s energy demands have rocketed as the nation develops. Considering that in 2008 only 25% of the population had access to electricity, this demand was only going to increase. As such, the government developed its Vision 2030 program.

Vision 2030 was launched in 2008 to outline Kenya’s plans for energy expansion that would facilitate rapid economic growth. However, droughts highlighted the unreliable nature of Kenya’s hydro-electric dependency, and in 2013 the project was updated with Olkaria’s geothermal plants the priority.

Olkaria expanded rapidly in the 21st century, with Olkaria II opening in 2003 and expanding its production in 2013. Olkaria III hosts a 110 MW generator to add to the combined power of 290 MW coming from Olkaria sites I and II.

As recently as 2014, Olkaria opened up site IV that hosts a further 140 MW of power, as the company KenGen has worked closely with multinational companies to further its production.

KenGen is the company responsible for Kenya’s geothermal production, and as a majority government owned body it has made massive inroads into expanding the energy supplied by the Rift Valley’s activity. Alongside companies like Toyota and Toshiba, KenGen has created a huge increase in the energy produced from Olkaria.

The financiers supporting its growth include the World Bank and the European Investment Bank, which hope that affordable, green energy will have even more far reaching effects. Diarietou Gaye, the World Bank’s country director for Kenya, said, “That’s why we are investing in the energy sector… [it] is a key infrastructure investment in the fight against poverty.”

This is borne out by figures quoted from KenGen CEO, Albert Mugo, who stated that the increased production from Olkaria had seen a 30% drop in energy costs for consumers since 2014.

The expansion of Kenya’s geothermal power base is far from complete. The development of Olkaria V is already underway, and there are plans for an Olkaria VI site. Moreover, the fact that Kenya is now the 8th largest producer of geothermal energy in the world has attracted interest from neighboring nations. Ethiopian president Hailemariam Desalegn recently visited Olkaria, and the two nations have agreed to work side by side in the development of renewable energy.

Geothermal energy looks set to be at the forefront of Kenya’s energy revolution, and will surely play a vital role in the country’s continuing development.