Kenya’s inflation falls, may pave way for easing of rates 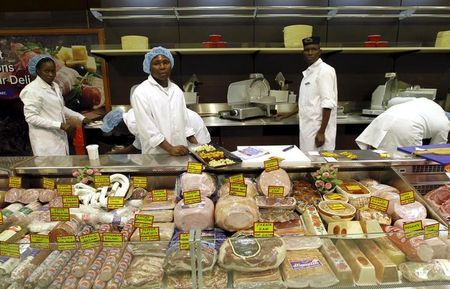 February’s rate is the lowest since October last year, when it stood at 6.72 percent, the statistics office said.

Razia Khan, head of research for Africa at Standard Chartered in London, said this supported the case for policymakers to start lowering costs of credit later this year.

“While lower global oil prices have clearly helped, we nonetheless expect the CBK (Central Bank of Kenya) to enact a moderate pace of easing, paying careful attention to continued foreign exchange stability in the process,” she said.

The statistics office added the fall was driven by a -0.43 percent monthly drop in the price of food, which has the biggest weighting in the basket of goods used to measure inflation.

“This resulted from notable decreases in prices of key food items which slightly outweighed the increases,” the Kenya National Bureau of Statistics said in a statement.

Prices of housing and transport also came down on a monthly basis, the bureau said.

The governor of the central bank Patrick Njoroge told Reuters in December he expected inflation to be contained within the government’s preferred band of 2.5-7.5 percent.