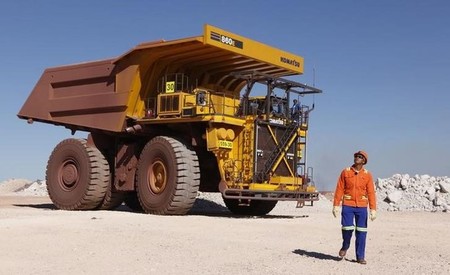 JOHANNESBURG (Reuters) – South Africa’s Kumba Iron Ore said it expects half-year profits to rise by as much as 58 percent due to a recovery in iron ore prices.

Kumba, which is 70 percent owned by Anglo American, said headline earnings per share (EPS) were likely to be between 13.70 rand and 14.85 rand for the six months through June, an increase of between 46 percent and 58 percent.

“The increase in earnings for the period is largely attributable to higher export iron ore prices, partially offset by the stronger rand/US$ exchange rate,” the company said in a statement.

Shares in Kumba were down 1.2 percent at 171.50 rand by 0710 GMT, hit by a near 3 percent drop in China’s iron ore futures after data added to concerns about surplus supply.