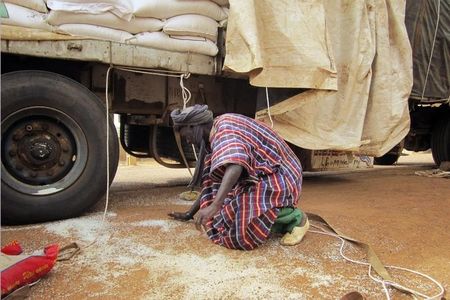 BAMAKO (Reuters) – Mali has produced 2,451,321 tonnes of rice as it approaches the end of the 2015/16 harvest, up 13 percent from last season but short of an initial forecast, government statistics showed on Thursday.

The landlocked country, the second-largest rice producer in Africa behind Nigeria, will largely finish harvesting this month and continue marketing its production next year.

The remaining harvesting is unlikely to add significantly to the season’s total output.

“The increase this year is generally explained by good rain, an increase in planted land, new strains like ‘Nerica’, the use of more fertiliser especially with the help of subsidies,” said Balla Keia, head the rural development ministry’s statistics division.

Last season, the West African country produced 2,166,830 tonnes of paddy rice and had projected a record 2,599,450 tonne rice crop, with a surplus of 285,000 tonnes above expected domestic consumption.