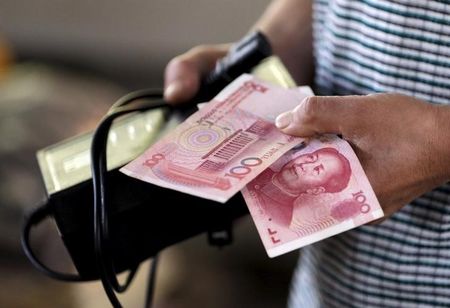 HARARE (Reuters) – Moody’s said on Thursday plans by Zimbabwe to increase the circulation of the Chinese yuan could lift investment from the world’s second largest economy but may not be enough to strengthen investor confidence and improve competitiveness.

Zimbabwe abandoned its currency in 2009 after inflation reached 500 billion percent and adopted foreign currencies, anchored by the United States dollar, to tame runaway consumer prices and start an economic recovery.

The U.S. dollar is widely used, along with the rand currency of neighbouring South Africa and the finance minister and central bank governor said last month Zimbabwe would now increase the use of the yuan.

“The renminbi’s use will likely facilitate greater levels of foreign direct investment from and bilateral trade with China by reducing transaction costs and exchange rate risk,” Moody’s said in a report on Zimbabwe.

China has in the last few years invested more than $1 billion in Zimbabwe, becoming the largest investor after the Southern African nation was shunned by the West over its human rights record.

Moody’s, which has never rated Zimbabwe, said widespread use of the yuan could be limited by a population which has more confidence in the U.S. and is suspicious of other currencies after the traumatic experience with the Zimbabwe dollar.