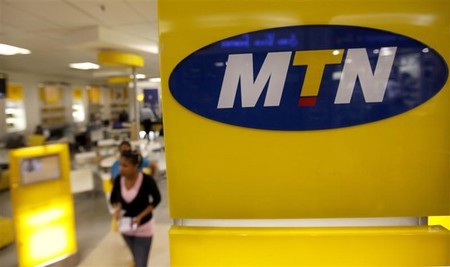 ABUJA (Reuters) – MTN Group has agreed to pay a reduced fine of 330 billion naira ($1.7 billion) in a settlement with the Nigerian government of a long-running dispute over unregistered SIM cards, sending shares in the South African telecoms group soaring.

The settlement clears the way for MTN to list its local unit on the Nigerian Stock Exchange. Such a step had been on the firm’s radar but plans accelerated during negotiations over the fine, Executive Chairman Phuthuma Nhleko told Reuters.

The fine will be paid by MTN Nigeria over three years and is only around a third of the $5.2 billion figure initially demanded by the west African country last October for failing to deactivate more than five million unregistered SIM cards.

Nigeria has been cracking down on unregistered SIM cards, concerned they are used for criminal activity in a country fighting an insurgency by Islamist militant group Boko Haram.

MTN had threatened to pull out of Nigeria as paying the fine in full would have crippled its local operations, a government official said, asking not to be named.

“The present administration does not want to ground the operations of any investor in Nigeria,” he said.

Nigeria, Africa’s largest economy and most populous nation, faces its worst crisis for decades after the sharp fall in oil prices and last year’s introduction of a currency peg that put investors to flight.

But in a possible complication, Nigeria’s House of Representatives said it was surprised by the deal as its own probe into the MTN fine had not been concluded.

In March, the lower house launched an investigation, arguing that reducing the initial fine of $5.2 billion would require changing the law.

“We are still continuing with our investigation,” Fijabi Akinade, chairman of the House’s committee on communications, told Reuters. Lawmakers had summoned the communications minister and a top regulator official to discuss the deal on Monday.

“We want to know how they arrived at that decision and if it was done in good faith … But honestly, we are surprised,” Akinade told Reuters.

The dispute removed a cloud hanging over MTN and its shares surged more than 20 percent at one point and closed 13.18 percent higher at 140 rand. They had shed 22 percent since the fine was first announced.

“The relationship between MTN, the Federal Government of Nigeria and the Nigerian Communication Commission (NCC) has been restored and strengthened,” Nhleko said.

The Nigerian regulator said the settlement was acceptable to both parties and that it had not been “out to kill MTN”.

“Money was not the issue here. The breach was the issue. I believe MTN has learned its lesson,” NCC spokesman Tony Ojobo told Reuters.

MTN is the largest mobile phone operator in Nigeria with 62 million subscribers and the west African nation accounts for about one third of its revenues.

Nhleko, who was chief executive for nine years until 2011, was appointed on an interim basis for six months in November but has stayed on as the company negotiated with Nigerian authorities.

MTN, Africa’s largest telecoms company, has already paid 50 billion of the 330 billion naira owed. The rest will be paid in six instalments over three years, the company said.

A Johannesburg-based analyst gave Nhleko credit for not settling the fine earlier at a figure of $3.9 billion, the first sign Nigerian authorities gave after months of talks that it was willing to accept a lower sum.

“He’s the guy who built this ship and this shows he can still steer the ship,” Momentum SP Reid Securities analyst Sibonginkosi Nyanga told Reuters.