Nairobi establishes itself as one of Africa’s leading tech hubs 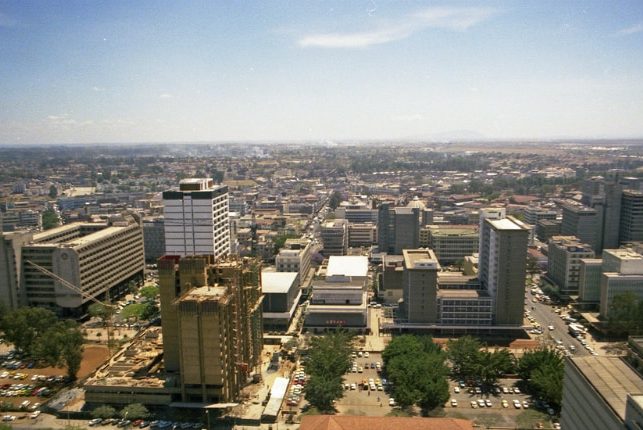 Nairobi leads the way as Africa’s most recognized tech hub and it is set to get bigger.

Nairobi has been establishing itself as a tech hub for several years now. The high numbers of STEM graduates that come through the doors of the several colleges around the city have helped sustain this reputation. However, it is only in the past few years that the entrepreneurial ethos which fuels startups has really begun to flourish.

As things stand, Nairobi still has an unemployment rate of 40%, but the government is hopeful that by investing in the technological talent pool of the city, startup companies will help address this problem.

Quite simply, startups create jobs but only in recent years has the proliferation of mobile phones and the internet in Nairobi allowed tech startups to prosper.

Investing in the infrastructure of growth

Nairobi has had the potential to explode as a thriving tech hub for some time, but without the average person having access to the technology to provide a large customer base, the progress of the city was stifled.

However, Internet penetration has rocketed, with 43% of the Kenyan population having access in 2014, compared with only 14% in 2010. In addition to this, by 2014 82% of Kenyans had a mobile phone. These factors are instrumental in opening up markets for tech-based startups.

A prime example of this is the 2010 startup M-Farm that allows farmers to get instant access to market prices and where they can buy and sell goods at the click of a mobile phone button. The business was set up by three women who wanted to help farmers cut out middle men and make a greater profit. Co-founder, Linda Kwamboka sums up the importance of technological access by saying, “Mobile phones are the best way to go (for business).”

The enterprising nature of local people, together with the government, has ensured that the city and nation do not miss out on the opportunities that a tech centered industry could provide. In 2010, Nairobi’s iHub opened, a large complex for investors, entrepreneurs and tech graduates to converge and develop new ideas. In only 6 years, the hub has spawned 170 startup companies and created over 1,300 new jobs. The iHub complex now seeks to be entirely self-funded and one of its creators, Erik Hersman told Forbes magazine that, “A group of people are investing in the iHub in order to help us grow…The iHub’s mission is to catalyze the growth of the Kenyan tech ecosystem.”

To help sustain such growth, the Kenyan government partnered with the firm Nailab to create a technology program worth $1.6 million that would provide funding and educational support to entrepreneurs. The support has worked.

By 2014, technology accounted for 8.4% of Kenya’s GDP, but this is a proportion that is continually rising. In fact in the summer of last year, Bloomberg reported that Kenya’s tech industry could be worth $1 billion over the next 3 years.

Despite the development in Nairobi, it is obviously a long way off catching up with the hugely prosperous cities of the developed world. But this is something that could well change. The range of startups is already hugely diverse, from laptop manufacturers like Taifa to the likes of Rehau HomeGas, which creates micro-biogas equipment that runs off cow manure.

New hubs for innovation are opening, with both the aforementioned startups coming from the newly established Nairobi Industrial and Technology Park. Moreover, the Economist Intelligence Unit has predicted that by the end of this year, Nairobi will be one of the 40 fastest growing urban economies on the planet.

What seems likely to maintain this meteoric rise is that the government continues to commit itself to investing further in the city’s development as opposed to treating its new success as a finished task. The country’s grandest plans center on a Techno City, which they hope to have opened by 2025. This complex would provide housing and work spaces for 200,000 professionals. Bloomberg reported that major corporations such as Samsung and Blackberry are already expressing interest.

When the US President Barack Obama visited Kenya last year, he spoke of an emerging economy and entrepreneurial spirit within the country.

The attitude of Kenya’s government, graduates and the people working within its tech industries can perhaps be summed up by a line from Obama’s speech that drew warm applause:

“Because of Kenya’s progress, because of your potential, you can build your future right here, right now.”

Africa, Business, Featured Nairobi establishes itself as one of Africa’s leading tech hubs