Nana Boateng Osei and his sustainable vision for Ghana 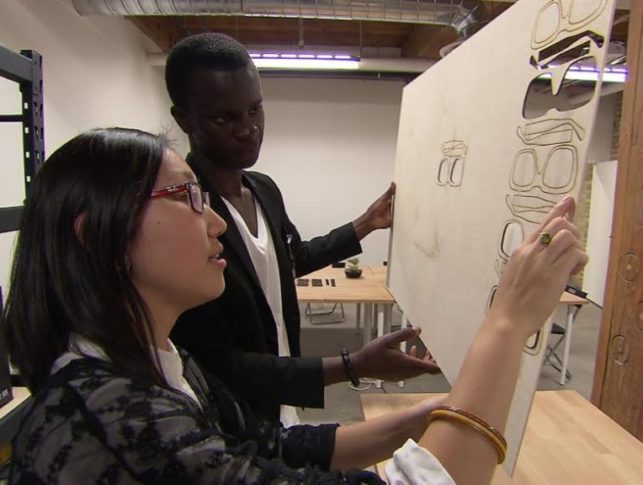 Nana Boateng Osei and his company Bôhten have created an innovative and sustainable product that is benefiting his home country of Ghana.

Nana Boateng Osei is the young man behind the stylish luxury eco-eyewear company Bôhten. He hails from a Ghanaian family that is deeply proud of its heritage. He has travelled the world, conceived various outlandish business ideas and even appeared on the Canadian version of Dragon’s Den. Today his company Bôhten is going from strength to strength, while also giving back to his home country, Ghana.

Osei’s early life certainly wasn’t dull. Due to his father’s job as a diplomat for the Foreign Ministry of Ghana, Osei and his siblings spent long periods of time in countries such as the U.K, the U.S, Yugoslavia and South Africa. His family eventually settled to live permanently in New York City. However, they held on tightly to their Ghanaian roots; Osei has said that at home his family would always speak Twi and eat traditional Ghanaian dishes. They became closely involved in the Bronx’s large Ghanaian community and retained strong links with family in their home nation.

In 2007, Osei moved to Canada to study Environmental Science at the University of Ottawa. It was while at University that he first began to create and pursue his own business ideas. In 2009, Osei opened a marketing firm Lilo Enterprises, which was designed to connect sustainable and environmental product manufacturers to consumers. Lilo foreshadowed the creation of Bôhten, highlighting the causes that Osei holds dear. He also flirted with other unorthodox businesses such as vertical gardens and limousine services during this time.

Ghanaian beginnings and the Dragons’ Den Bôhten eyewear was born from the culmination of multiple ideas. Firstly, Osei was inspired by a trip back to Ghana where he was moved by the natural beauty of the area. Also, some of his family worked in the local wood business, which interested him. These factors swirled with his love of fashion and passion for sustainability. He said, “At some point, my interests began to play off of each other and during that trip, the seed of the idea for using reclaimed wood for glasses was planted.”

In 2012 he started initial work on Bôhten while still at University. He derived the company from his own name, Boateng, which means prosperity in Twi. Osei got the chance to pitch his business in the infamous Dragons’ Den during a student special episode. While he impressed with his pitch, he didn’t receive an offer from the Dragons, who felt the business was too young.

Osei wasn’t deterred by the Dragons’ decisions. He went on to bring family members into the business to help him grow the organization. Osei has said that with hindsight, investment partners may have stifled his creative freedom, and that the company has managed to move forward without them by knuckling down and getting things done.

The exposure from appearing on the show led to skyrocketing sales and growth. Some say the Dragons missed out.

A sustainable vision for Ghana

Sustainability is at the heart of the business; Bôhten uses reclaimed wood from items such as chairs and tables, all sourced in Western Africa. Additionally Osei wants to use Bôhten as means to better the economy in Ghana. The company currently manufactures its glasses in Canada. However, later this year the firm intends to open a full-scale manufacturing plant in Ghana. The plant going live will be the realization of a long term ambition for Bôhten. “Our ultimate mission is to create a zero-waste facility in Africa that will not only serve to create jobs but also educate people the importance of eye care, sustainable design and social entrepreneurship.”

Osei says that eye care is woefully inadequate in Africa. He explained that the high levels of UV radiation on the continent are responsible for some of the issues that African’s face. To combat such problems, Osei has partnered Bôhten with eyesight charity Sightsavers. For every sale Bôhten makes, the company will make a donation to Sightsavers programs, aimed at eradicating avoidable blindness in West Africa.

As Bôhten grows, so will the benefits that it brings to Ghana and other nations in the region. Nana Boateng Osei is tenacious, compassionate and conscientious individual; a great example for Ghana and Africa as a whole.