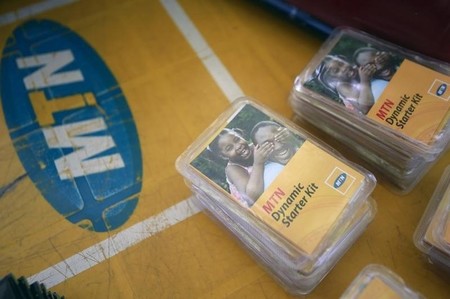 JOHANNESBURG (Reuters) – South Africa-based MTN Group expects to report a full-year loss due to a $1 billion regulatory fine in Nigeria and underperformance there and at home, it said on Wednesday, sending its shares to a two-month low.

Africa’s most populous nation and biggest economy Nigeria is MTN’s most lucrative but increasingly problematic market, hobbling its growth outlook.

But the appointment of banker Rob Shuter, who starts next month, as chief executive is expected to bring operational strength and step up Africa’s biggest telecoms company’s hunt for returns, possibly in financial services.

“We hope that this new CEO with a stability mentality will be able to stabilize MTN and not venture into all these risky operations,” said Momentum SP Reid analyst Sibonginkosi Nyanga.

MTN, which makes a third of its revenue in Nigeria, said it expects a headline loss, and will issue a further trading statement on the likely range within which its headline loss is expected. Eight analysts polled by Reuters had expected the company to post a 39 percent fall in headline earnings per share to 455 cents.

MTN agreed in June to pay Nigeria a 330 billion naira ($1.05 billion at the time) fine for missing a deadline to cut off unregistered SIM cards from its network.

The fine, which was originally set at $5.2 billion, shaved off 474 cents per share from headline earnings per share, a primary profit gauge that strips out certain one-off items.

In the mix of paying the fine, MTN is being investigated by Nigerian lawmakers for illegally repatriating $14 billion between 2006 and 2016, the second major dispute analysts have said exposes the inherent risk of investing in frontier markets.

Underlying operational results for full-year 2016 were also affected by fees incurred for a planned listing in Nigeria and under performance of its unit there and in South Africa in the first half of 2016.

MTN has said it aims to list its Nigerian operations on the local bourse during 2017, subject to market conditions. However, the unit has been battered by the weak economy, depreciation of the naira and the disconnection of l4.5 million subscribers in February last year.