Nigeria says sees no need to go to IMF, plans its own reforms 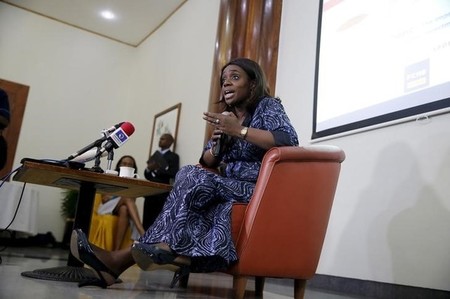 LAGOS (Reuters) – Nigeria sees no need to apply for an International Monetary Fund programme as it is pursuing its own economic reform plan, Finance Minister Kemi Adeosun said on Tuesday.

Sharp falls in the price of crude oil, its main export, have tipped Africa’s biggest economy into its first recession for 25 years and hammered the naira currency, prompting speculation it might need IMF funding to cover a growing budget deficit.

“We are already doing as much reform as any IMF programme would impose on Nigeria,” she said. “Nigerians want to take responsibility for their future. We must have our home-grown, home-designed programme of reform.”

Adeosun said non-oil revenues were improving while the government was fine-tuning an economic reform plan needed to support an application for a loan of at least $1 billion from the World Bank. It is also seeking further funds from the African Development Bank.

“Non-oil revenue is improving very steadily. All the measures we have put in place are beginning to yield fruits,” she said, without giving numbers.

“Oil production is back up, we are very grateful for that, but we should be careful for getting excited about that.”

Diplomats and officials have told Reuters the Nigeria, Africa’s leading crude producer, which relies on oil revenues for most of its income, plans to finalise its proposal to the World Bank this month.

The country needs to plug a gap in its record 7.3 trillion naira ($23.17 billion) 2017 budget, which contains a number of measures aimed at stimulating the economy.

It had initially promised to submit an economic plan to the World Bank by the end of December but did not do so, sources told Reuters last month.

Nigeria will also present its economic proposal to the African Development Bank to help release a second loan tranche worth $400 million to support the budget, officials have said. Latest Updates from Reuters Nigeria says sees no need to go to IMF, plans its own reforms