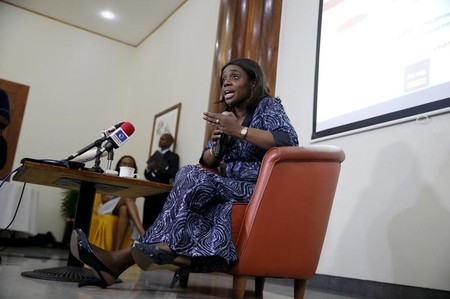 ABUJA (Reuters) – Nigeria’s central bank will try to eliminate the currency black market, where the naira trades about 40 percent below the official rate against the dollar, Nigeria’s finance minister said on Tuesday.

Africa’s largest economy, dependent on oil exports, is in its first recession in 25 years as low global crude prices take their toll.

The central bank scrapped a 16-month-old peg of 197 naira to the dollar in June, but it continues to trade in the official market, so that the naira remains far stronger against the dollar there than on the parallel market. The government has blamed that black market for damaging the already shaky economy.

The central bank (CBN) “has been directed to do this and CBN has promised to do something by putting a system in place to eliminate the black market because it’s damaging the economy”, Finance Minister Kemi Adeosun told a conference.

A CBN spokesman, Isaac Okorafor, said the central bank was working towards “ensuring that the forex market operates as effectively as we would envisage”.

He said the aim was to “ensure there is no black market” but did not give details of how this would be achieved.