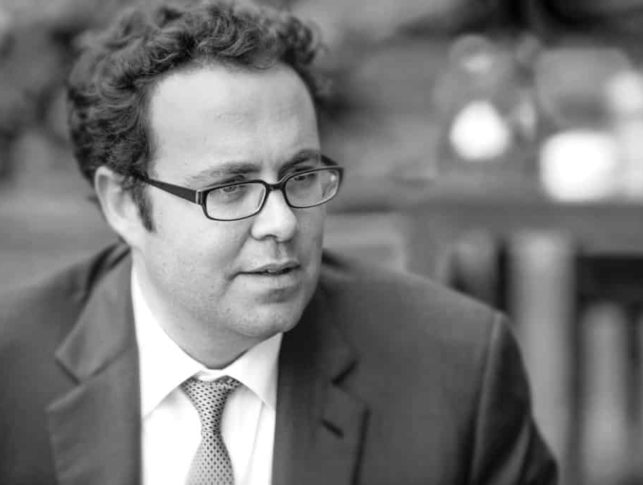 Hashim Shawa, who took over his family’s bank at age 31, has built the largest bank in the Palestinian territories with deposits of more than $2 billion.

Amidst occupation, war and financial uncertainty in the Palestinian territories, a young financier has built his family bank into the largest financial institution in the territories and its second largest employer.

Hashim Shawa took the reins of the Bank of Palestine in 2007, when he was only 31 years old, following the sudden death of his father.

Named by one of 100 most powerful Arabs under age 40 by Arabian Business, Shawa has made the bank one of the fastest growing in the region with more than $2 billion in deposits.

Shawa’s grandfather, Hashim Atta Shawa, founded the Bank of Palestine in Gaza in 1960, as an agricultural bank.

The Shawa family was in the citrus business, exporting oranges and grapefruit to Europe. The elder Shawa launched the bank to help Gaza farmers obtain loans for farm equipment and irrigation systems.

Israeli authorities closed the bank for more than a decade after the Six Day War in 1967. When Israel occupied Gaza, it ordered Hashim Atta Shawa to change the name of the bank from Bank of Palestine. The bank founder refused.

Following a favorable Israeli court ruling, the bank re-opened in 1981 and moved its headquarters to Ramallah on the West Bank. Hashim Shawa’s father, Hani Hashim Shawa, headed the bank until 2007, when he died of a heart attack.

The younger Shawa’s transition to lead the bank at age 31 was sudden and unexpected. However, he had established his banking credentials in Europe and the Middle East.

Shawa worked as assistant vice president at Citigroup Private Bank in London from 1997 to 2002, after completing a degree in engineering at University College in London in 1997. He also served as vice president and senior private banker for Middle East region at Citigroup Private Bank in Geneva from 2002 to 2005. He was as associate director responsible for developing banking business in the Middle East & North Africa, at HSBC from 2005 to 2007.

Shawa said the family had always planned on him eventually taking the reins of the Bank of Palestine, first becoming his father’s deputy and then chief executive officer. “All of those plans had to be fast-forwarded in difficult circumstances,” he said.

In addition to being chairman and general manager of the bank, Shawa is vice chairman of the Palestine Institute for Financial and Banking Studies and a director of Investbank – Jordan, Abraj Real Estate Investment and Development Co., the Palestinian Investment Fund, and Palestine Power Generation Co.

Nine years after he took over, the Bank of Palestine has more than 50 branches and employs about 1,500 people. Deposits have doubled since 2009, from $1 billion to $2.1 billion.

Shawa said the bank has grown with demand for basic services such as small business loans and mortgages.

Progress has not come without its challenges, especially in the Gaza strip.

The bank faced street protests at some Gaza branches after it stopped transactions involving charities that might be in violation of international rules because they support Hamas.

Rival Arab Bank paid an undisclosed settlement after hundreds of terror victims sued on the grounds that the bank maintained accounts for Hamas operatives that made payments to the families of suicide bombers.

The Israeli-Gaza conflict in 2014 forced the bank to close more than a dozen Gaza branches for nearly two months except for occasional openings to allow customers to withdraw cash or make deposits.

Unlike other parts of the Middle East, nearly all of the businesses operating in the Palestinian economy are small or medium-sized. Growing interest in establishing businesses along with a population that is overwhelmingly young – three-quarters of the population is under age 35 – add up to opportunities for further growth for the bank.

“It’s a good foundation for any company that wants to set up a business and develop a growth strategy in any sector,’’ Shawa said. “We have a healthy target market of customers coming in every year, and they’re going to be looking at personal, home and business loans.”