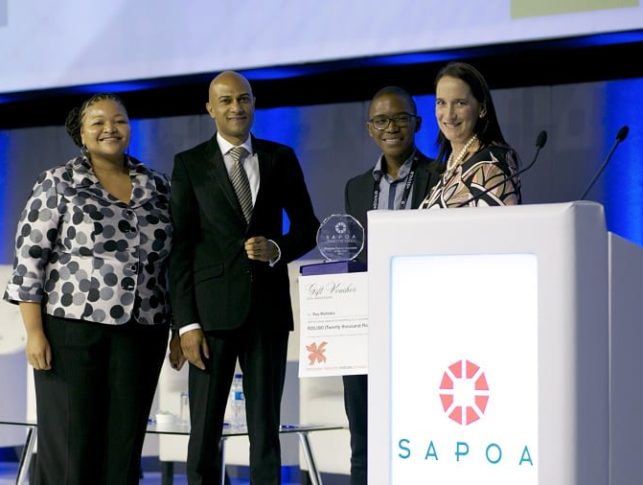 The South African Property Owners Association celebrated its 50th anniversary at its annual convention this year, with a renewed focus on development.

The South African Property Owners Association (SAPOA) is in its 50th year of existence, and its annual convention celebrated this landmark moment. However, while celebration of half a century’s existence was notable, so was a focus on the challenges that investors face in newly emerging markets. South Africa has changed almost immeasurably in the past 50 years, and trying to create an environment that encourages positive investments, both domestically and abroad, was key to most speakers.

A focal point of the SOPOA convention was how to encourage foreign investors to embrace opportunities within Africa, as the body aims to create growth that will reward South Africa’s own developers and investors. The convention was held at the Sandton Convention Centre in Johannesburg, where leading figures in property development, from journalists to construction groups, met to exchange ideas on furthering the expansion of property ventures in Africa.

While much of any planned expansion will be within South Africa, many experts are hoping to encourage their own developers, and those from outside Africa, to see exciting opportunities across the continent. Experts agreed that investors needed to recognize that African property investment was a long-term game, and to treat the markets with the same respect that they would in America or Europe.

Bronwyn Corbett, the head of the pan-African property group Mara Delta, explained that patience was key as she said, “Many South African investors don’t actually know what happens on the ground in Africa and may expect things to happen more quickly.”

Mara Delta holds a property portfolio worth $430 million that spans 6 African nations, from as far north as Morocco to as southerly as Mozambique. Companies like Mara Delta offer South African investors opportunities to invest in these outside markets, and in turn help bolster the growth of property value within the nations where their holdings lie. The evidence suggests that a rising number of investors are seeing prospects in Africa. Ian Anderson, the chief investment officer at Grindrod Asset Management, told SAPOA listeners that a mounting number of companies were asking about openings within African property.

Likewise, South Africa’s largest real estate investment trust, Growthpoint Properties, is already working alongside Investec to find new assets outside of South Africa, and yet still within the continent.

While a positive approach was extolled, any objective discussion of the continent’s opportunities had to address the difficulties that could be faced. By openly discussing some of the problems and concerns around property investment within Africa, organizers hope to find solutions, and assuage investor concerns.

One of the main problems discussed was that many investors felt concern over the varied currencies of Africa. Africa uses more than 40 difference currencies, and the process of exchanging these can be time consuming. In addition, many African banks suffer from a slower speed of service that can give investors cold feet.

Corbett and others also discussed concerns over limited debt facilities within some African markets, but she insisted that companies like Mara Delta existed to relieve investors of the need to understand every market’s nuances.

Moreover, despite the issues that came up, the tone from Corbett was one of optimism, as she stated, “Each African country is different. Each is a challenge, and it wouldn’t be worth doing this if it wasn’t a challenge.”

The Convention and its awards

SAPOA celebrated its 50th anniversary with a grand convention, which offered attendees the opportunity to enjoy golf courses and a banquet, alongside the more serious nature of the talks and presentations. As with all of SAPOA’s conventions there was also an awards ceremony to recognize outstanding performers within property.

Some of the most notable awards included the Mall of the South for best retail development, Google Head Office Building for the Overall Green Award, Mitchell’s Plain Hospital for the Overall Transformation Award, and Frank’s Place for the best residential development.

The most prestigious award for the 2016 SAPOA Property Development Awards in Innovative Excellence went to Lion Match Company.

As many financial markets face uncertain times, the experts at SAPOA felt confident that property will provide stable investments for many people, and Africa can offer an exciting and prosperous opportunity for those willing to invest.