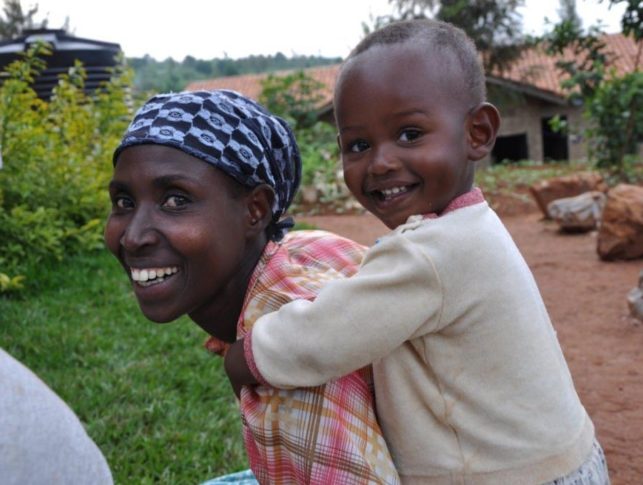 The Human Development Index, or HDI, celebrates its 25th anniversary since its induction into economic thought with its report published last month by the United Nations. And notably, this year’s report included a section that evaluated the progress economies have made since 1990- reporting that Rwanda has made the most progress out of all countries in the last 25 years.

This fact is all the more impressive given that its level of development fell during the genocide of 1994. Rwandans can now expect to live almost 32 years longer than in 1990, and spend twice as long at school.

China, the frequently lauded growth powerhouse of the world, comes in at number two.

Rwanda’s ability to move from the recovery of genocide towards a service-dominated economy in one generation highlights the impact proper governance can achieve in lower income economies. Rwanda has one of the lowest corruption rates in the region, and is currently still led by Paul Kagame, the man who led the Rwandan Patriotic Front when the armed wing of the party ended the Rwandan genocide in 1994.

Currently, Kagame’s presidency is attracting local and international debate as the Parliament recently passed a nation-wide referendum concerning limits on Presidential terms. With the new constitutional amendment and overwhelming popularity Kagame holds, it seems that the President is set to lead the country through at least 7 more years of economic development.

Despite his popularity and demonstrated effectiveness as President, the referendum has attracted global criticism from other world powers. Both the U.S. State Department and the European Union have condemned the results of the referendum, calling Kagame to step down and “foster a new generation of leaders in Rwanda.”

The international community largely fears another life-long leader in central Africa, a region that has witnessed many saviors-turned-tyrants in the post-colonial era. Many neighboring nations are still ruled by dictators such as Angola’s José Eduardo dos Santos, Zimbabwe’s Robert Mugabe, or Cameroon’s Paul Biya, men who have held power over these territories for decades.

However, Kagame has expressed disinterest towards becoming a life-long president. At 58 years old, he said, “I don’t think that what we need is an eternal leader.” The results of the referendum coincide with other leaders in the region seeking constitutional term extensions as well (in the Republic of Congo and the Democratic Republic of Congo), and foreign critics’ fears may be largely attributed to what precedent Rwanda’s referendum may set in the region. In neighboring Burundi, President Pierre Nkurunziza’s decision to seek a third term sparked violent protests resulting in over 100 deaths since the announcement.

How does one measure progress?

Most markers of economic progression deal with money: such as gross domestic product or national debt. The HDI paradigm acknowledges something we all know: it’s not all about money. The health of an economy is also expressed in the welfare of its people and how able they are to contribute to this economy.

The index takes into account measures for household income, life expectancy and education into a single development score, which gives a holistic sense of how an economy is doing on a human basis. The report’s philosophy on progress is explained in its introduction, “development is about enlarging people’s choices—focusing broadly on the richness of human lives rather than narrowly on the richness of economies.”

The five fastest developing countries in the world are Rwanda, China, Iran, Singapore, and Mozambique.

Rwanda’s success can be attributed to conscious economic reform geared towards strengthening the ability of the bottom 50% to engage with business and finance. Last year’s reforms boast an astounding reduction in the number of days required to transfer property from 370 to a mere 32, and jumping from a score of 2 to 19 out of 20 on an index that rates the ease and efficiency of obtaining credit according to a World Bank report published in 2015.

In Africa, Asia and Latin America over 30% of surveyed firms reported access to credit as a major constraint to growth. Rwanda’s new credit guarantee scheme enabled the country to become a major exporter of specialty coffee in one year alone. By creating a financial system inclusive to lower-income households, policy makers have allowed for structural transformation and the creation of work among the bottom 50%.

And Rwanda’s structural transformations that allow for creation does not limit itself to expressions of finance. Their Gender Development Index score is almost perfect at 0.957 out of a maximum score of 1. Rwanda, despite being #163 on the HDI Index, in terms of gender equality scores higher than even highly developed countries such as the Republic of Korea, Greece, and the Netherlands.

And put in perspective, Rwanda’s ability to surpass China is more incredible than it seems. As one of the smallest countries in Africa’s mainland, the country is mired by a lack of natural resources. The growth witnessed over the last 25 years is mostly attributed to a surge in the service industry.

Rather that fear the impacts Kagame’s track record may set in Africa, the foreign community would be amiss to ignore the major successes and beneficial precedents he has set as well, demonstrated in the hard numbers published by the UN’s HDI report in December 2015.

In the same month, an overwhelming 98% of Rwandan voters lifted constitutional bans that would allow Kagame to preside over another 3 mandates, meaning that Kagame could be president until 2034. “What is happening is people’s choice,” said Kagame, adding that Rwandans are a people that “have their future in their own hands. Ask people why they want me.” Given the progress highlighted by the UN Report, the answer seems pretty clear.