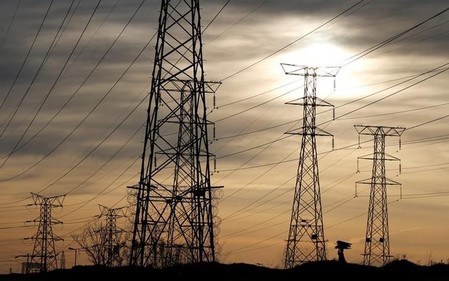 JOHANNESBURG (Reuters) – South Africa’s state-owned power utility Eskom said on Friday it had signed a wage deal with unions after lengthy overnight talks, and urged unionised staff who have been on strike since Monday to resume work.

Eskom said in a statement it had signed a two-year wage deal with the National Union of Mineworkers (NUM) and Solidarity union, granting the lowest paid workers increases of 10 percent and other employees 8.5 percent.

Eskom was previously offering pay increases of 7 to 9 percent while the NUM, whose members were on strike, had on Tuesday lowered its wage demand to between 8.5 to 10 percent from 12 to 13 percent.

The utility also said the NUM was in the process of getting all its members to return to work and end the strike.

Officials at the NUM could not confirm that they would call off the strike, but said they would first present the new wage offer by Eskom to members, who make up about a third of the workforce at the utility.

The Solidarity union, whose members were not on strike, said its members had accepted Eskom’s latest offer.

The metalworkers union NUMSA, whose members had also not joined the strike, had yet to sign the deal, but accepted the offer in principle, Eskom spokesman Khulu Phasiwe said.

“NUM is currently in the process of telling its members to come back to work. We are expecting everything to be back to normal by Monday,” Phasiwe said.

The company, the sole power provider in Africa’s most industrialised country, has said that the strike had so far not affected electricity supplies.

The NUM said its members would have to give a green light to the latest pay offer by Eskom.

“There is a revised offer that is tabled by Eskom in the early hours of this morning, around 3 am. We can’t reveal it because we need to take it back to our members,” said NUM’s spokesman Livhuwani Mammburu.

The dispute is the latest problem to beset Eskom, which has struggled to meet power demand in South Africa due to its aging power plants and grid. However, it has managed a year without rolling blackouts that have hurt the economy in the past.