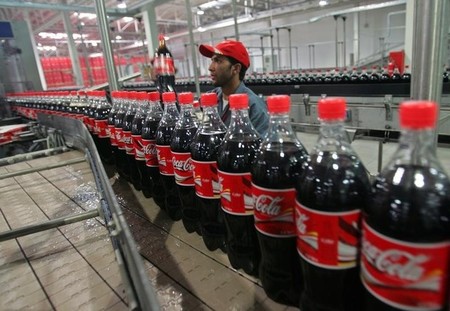 4 May 2016 Comments (0) Africa, Business, Latest Updates from Reuters  Like

JOHANNESBURG (Reuters) – SABMiller and Coca-Cola have agreed concessions with the South African government to win approval for a deal to combine their soft-drink operations, the companies said on Wednesday.

The concessions, agreed with the South African Ministry of Economic Development, include a three-year freeze on layoffs and the companies investing 800 million rand ($54 million) to support small South African businesses.

SABMiller, which is in the process of the being taken over by larger rival Anheuser-Busch InBev, agreed in November to team up with Coke to create Africa’s largest soft drinks bottler, Coca Cola Beverages Africa.

The business will have annual sales of $2.9 billion and ambitions to corner the fast-growing market on the continent.

The all-equity deal was given a preliminary approval in December by South Africa’s Competition Commission, which said it could go ahead on several conditions including Coca-Cola Beverages Africa limiting jobs cuts to 250 and making sure it buys cans, glass, sugar and crates from local suppliers.

The Commission investigates deals for any antitrust issues and recommends remedies to the Competition Tribunal, which makes a final ruling. A Tribunal hearing on the proposed deal is due to start next Monday.

South Africa has a history of taking its time over approving deals, partly because regulators have a public interest mandate to safeguard jobs in addition to an antitrust mandate to protect competition.

“I am very happy that we have reached this agreement and hope we now have a clear path to the conclusion of this transaction,” said SABMiller Chief Executive Officer Alan Clark.

Coca-Cola Beverages Africa will account for 40 percent of all Coke volumes sold in Africa, serving 12 southern and eastern African countries. It will be headquartered in South Africa, its largest market.

Coca-Cola and SABMiller agreed to maintain and grow Appletiser production operations to serve the domestic market and use as a base from which to export elsewhere in the world.

The Gutsche family, Coke’s South African bottling partner, will also be a shareholder in the Coca-Cola Beverages Africa.