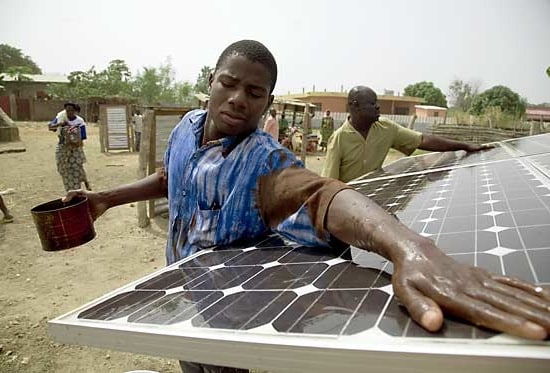 A surge of innovation is electrifying Africa. A new wave of savvy, ambitious entrepreneurs with big ideas are pushing the envelope, and invigorating nations. Simbarashe Mhuriro, is one such person. Simba, as he likes to be known, is the 31 year old Executive Director of OurSun Energy in Zimbabwe. His firm has set out ambitious goals to bring wide scale renewable solar energy to Zimbabwe 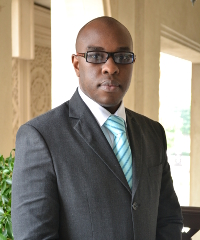 Simba grew up in Marondera, Zimbabwe, just 30 kilometers from the capital Harare.  He attended a local school and by all accounts had a normal childhood. He didn’t start his career as a business high flyer. Simba recalled how his first jobs were rather ordinary, and not particularly indicative of the career he has gone on to pursue. His early jobs included working as a school teacher and even as a disk jockey before becoming a hotel reservations agent.

He built upon his hospitality career and moved to Dubai after landing himself a job with hotel giant Emaar Hospitality Group. As he climbed the ladder, Simba rubbed shoulders with established business people from a variety of industries while gaining a sound understanding of the corporate world. In 2010, he decided that given his business skills and knowledge of Zimbabwe, he wanted to create his own firm.

Simba found two seasoned business partners in Andrew Connelly and Honour Mkushi. The trio swiftly formed Oxygen Africa Ltd, a firm specializing in identifying opportunities and creating partnerships between foreign investors and projects in Zimbabwe. Originally the group focused on energy, mining and agriculture. However in 2012, Simba was introduced to Jo Hanns Dieter Trutschler, the principal of Meeco Group, a Swiss firm that creates solar energy projects in developing nations. Simba and Trutschler started to build a strong business relationship, with Trutschler tutoring the Zimbabwean on the workings of the solar energy sector. Simba said that this “literally got me hooked into solar, so I zoned in and said you know what, I have to get these guys to Zimbabwe with me.”

With Simba’s unique blend of business skills and Zimbabwean connections, and Meeco Group’s expertise in solar energy, a partnership was imminent. In 2014 the two groups formed the official joint venture OurSun Energy Limited.

Intensely passionate about OurSun’s program, Simba believes it can play a huge part in solving Zimbabwe’s energy issues. He explained why this is the case: “The Zimbabwean geographical situation is ideal for the implementation of solar energy and related applications such as energy storage, lighting or water pumping due to its level of radiation, one of the highest worldwide,”

While such a program seems ideal for Zimbabwe, the country is not known for being an easy place to do business. Bringing the myriad facets of OurSun’s program together has been no easy feat. Simba has been an instrumental facilitator responsible for dealing with authorities and regulation, identifying prospects, bringing in additional partners, managing imports, sourcing suppliers and overseeing the implementation of the projects.

Solar Energy stands to benefit Zimbabweans and their economy

OurSun aims to deliver 230MW of solar applications throughout Zimbabwe in the next ten years. The benefits of the scheme should be significant. In Simba’s words: “The main thrust for us is developing clean energy solutions for the well-being of the population, especially in remote and rural areas. They are the ones in urgent need of stable and reliable power.”

OurSun is also committed to seeing its schemes benefit the local economy. They are looking to maximize the amount of manufacturing, research and development and hiring that happens locally. The firm estimates that over 2,000 jobs will be created throughout the life-cycle of the scheme. Furthermore Simba has commented that the program represents a great opportunity to drive growth in the industry via the the “knowledge transfer” that will occur between OurSun and indigenous Zimbabweans, many of whom will be women and the young.

Tenacious individuals like Simba are essential to usher in change. Zimbabwe will enjoy the benefits of his conscientious work, and can be sure to see further contributions from this home-grown pioneer in the future.