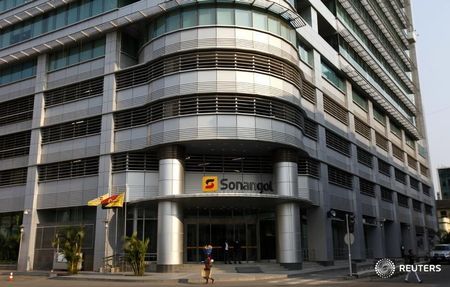 The statement on the Chinese company’s website did not give details of the supply amount or other financial details, but trading sources said the agreement was for four or five cargoes per month, which would make the company one of the largest holders of monthly contracts to buy Angolan crude.

There are currently around 15 cargoes given to these so-called term buyers each month from Angola’s export programmes of roughly 55 cargoes.

The deal is a coup for Angola, as OPEC members fight for market share, particularly in China, the world’s largest energy consumer.

While payment terms were not disclosed, sources said the deal directly related to loans that the Chinese government has given to Angola as its commodity-reliant economy struggles with the more than 60 percent drop in crude oil prices over the past year.

Along with the chairman of Sonangol, Angola’s financial minister, Armando Manuel, was present at the signing of the deal, as was Zheng Zhijie, president of China Development Bank.

A year ago, China agreed to lend Sonangol $2 billion to expand oil and gas projects, and Angolan President Jose Eduardo dos Santos was in China in June seeking a two-year moratorium on debt repayments along with financing for a variety of projects, including a $4.5 billion hydropower scheme.

But the deal is also likely to push out another term contract holder, sources said. Sonangol has to trade some of its oil on a spot basis in order to establish prices for term agreements.

(By Chen Aizhu and Libby George. Editing by Christian Schmollinger and David Holmes)