Sinosteel cedes half its chrome claims in Zimbabwe to state 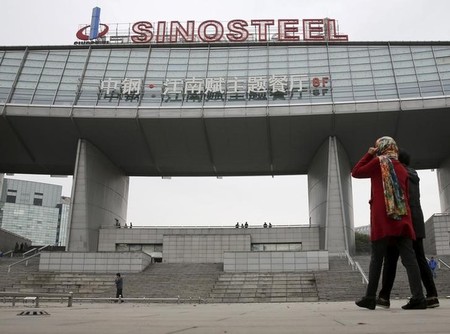 HARARE (Reuters) – China’s Sinosteel Corp Ltd’s business in Zimbabwe has ceded half its mining claims to the government, complying with Harare’s demands to chrome producers to give up some of their claims, a company official said on Tuesday.

The Southern African nation holds the world’s second largest deposits of chrome, which is smelted to produce ferrochrome, a raw material used in the making of stainless steel.

Zimbabwe’s mines minister last year asked Sinosteel’s Zimasco and Zimbabwe Alloys, which owned 80 percent of all chrome mining claims, to release some ground for distribution to new investors. The companies were owned by Anglo American until 2006.

The government has previously said it wants to redistribute some claims to several local investors as part of its black economic empowerment drive and would not pay compensation.

Zimasco held 45,900 hectares of claims before giving up half to the government, Clara Sadomba, the company’s general manager for administration told Reuters.

“It is accurate regarding Zimasco in that we have indeed ceded 50 percent of our chrome claims to the government,” said Sadomba.

Zimbabwe Alloys officials would not say whether they had also given up some of the company’s claims.

Zimbabwe holds more than 950 million in chrome reserves, according to ministry of mines data.

In 2014 Zimbabwe produced 260,000 tonnes of high-carbon ferrochrome, which was 2.3 percent of global output. Zimasco produced 68 percent of Zimbabwe’s ferrochrome in 2014.

Africa, Business, Latest Updates from Reuters Sinosteel cedes half its chrome claims in Zimbabwe to state