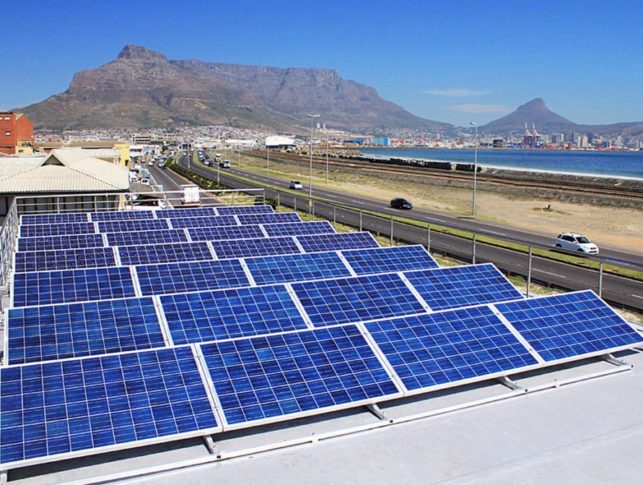 South Africa’s independent energy program is a leading example of a country utilizing its natural resources for energy. With long lasting days of sunshine, falling equipment costs, and a government confident in reducing its C02 emission, the African nation is leading the way in sustainable renewable energy on the continent.

Launched in 2011, the REIPPPP has attracted local and international investors with commitments of 194 billion rand (USD$14 billion) making South Africa 3rd and 4th most attractive renewable energy investment destination among emerging markets by the Climate Scope Index. By the end of 2015, 6376 MW of power was procured, of which 2 gigawatts (GW) was connected to the national grid. This is equivalent to half of the capacity of an additional coal powered station, delivered in only a third of the time, Coetzee said.

Solar and wind power account for just 2 percent of South Africa’s energy needs, but just two or three years ago, there was 0 percent of renewables in the country, said Tobias Bischof-Niemz, Head of Energy at the Council for Scientific and Industrial Research (CSIR). South Africa has the capacity to produce 45,000 MW of power, the largest on the continent, but greater demand has led to ongoing blackouts and an energy crisis in the emerging country. In response, the government has supported nearly 100 renewable energy projects and a plan to increase renewable energy to 21 percent of the national energy by 2030. The government also plans to reduce fossil fuel dependency from 86.5 percent to 57 percent.

Renewable energy cost is 40 percent cheaper than coal, Bischof-Niemz said, and South Africa can go for a 70% renewable energy share by 2040 at the lowest cost. The country has plans to increase electricity production and maximize renewable energy sources, such as wind, hydroelectric and solar power resources. The National Development Plan has stated that by 2030 at least 95 percent of South Africa’s population will have access to either off-grid or on-grid electricity.

654 million people in Africa have no access to power

Although South Africa is having temporary respite from load shedding, that is, power outages due to over demand, some countries in the region are experiencing 12 to 16 hours per day with no electricity, said Scott Brodsky, Partner and energy lawyer at international law firm Macfarlanes, who are advising clients across Sub-Saharan Africa on aspects of renewable and other energy projects. There are still some 654 million people on the continent who still have no access to power, said Coetzee. Meaning enormous potential for energy investment over the African continent.

According to a new report by Bloomberg New Energy Finance (BNEF), entitled ‘Today’s Potential, Tomorrow’s Energy’ unsubdsidized solar energy is beginning to outcompete coal and gas. New solar projects are beginning to cost less to build and in the developing world, solar is the most cost effective source of energy, the report shows. Although an overall shift to renewable energy can be more expensive in wealthier countries, where solar must compete with existing billion dollar coal and gas plants, emerging markets, where new electricity capacity is being added as quickly as possible, clean energy will beat any other technology in most of the world, said BNEF Chairman Michael Liebreich.

Although there is positive news for clean energy in developing nations and South Africa’s REIPPPP could spread across the African continent, it seems renewable energy alone will not solve South Africa’s energy crisis. The country still has plans to build two new coal plants and even a nuclear energy plant, reports CNN.