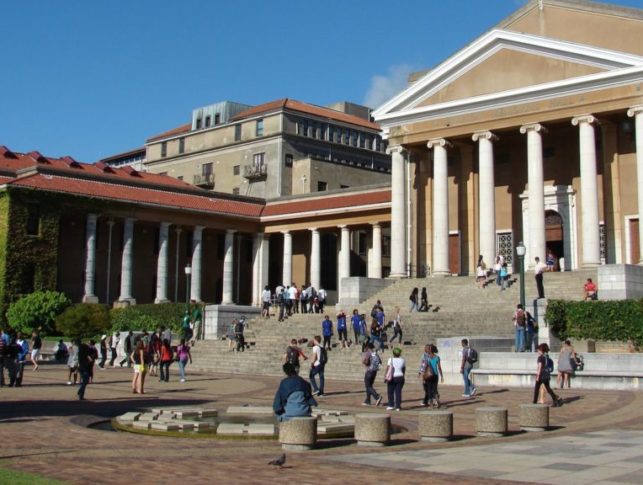 Eight of the top 10 institutions of higher education in sub-Saharan Africa are located in a single country, according to new rankings.

South Africa wins the university sweepstakes according to new rankings: Eight of the top 10 institutions of higher education in sub-Saharan Africa are in that country while the other two are located in Kenya and Tanzania.

According to the 2016 University Web Rankings & Reviews by 4International Colleges & Universities, the University of Cape Town is the top university in Africa.

The 187-year-old public institution in the suburbs of Cape Town has an enrollment of more than 20,000 students.

In Tanzania, the University of Dar es Salaam in that city also made the top 10 list. It has an enrollment of more than 15,000 students.

The University of Nairobi in Kenya rounded out the top rankings for the southern continent. With more than 45,000 students, the university also has branch campuses in Kikuyu, Parklands, Lower Kabete, Upper Kabete, Chiromo and Kismu.

Experts said South African Universities tend to do well on university rankings because the ratings tend to favor institutions that have significant numbers of doctoral students and faculty with doctoral degrees, and are recognized research centers.

University of Cape Town, for example, has made a point of becoming a “research-led flagship” university, according to Nico Cloete, director of the Centre for Higher Education Trust and coordinator of the Higher Education Research and Advocacy Network in Africa.

Students in a classroom at University of Cape Town

In a 2014 study, Cloete found that nearly a third of all students at the University of Cape Town in 2011 were postgraduate students and nearly two-thirds of the faculty had doctoral degrees.

In contrast, he found that institutions of higher education outside South Africa typically had low enrollments of graduate students and operated professional master’s degree programs rather than developing potential research leaders.

While South Africa’s universities receive high academic ratings, they have come under fire in recent years with students and faculty complaining about high fees and predominantly white faculties.

The rankings come against the backdrop of efforts to improve participation in higher education in Africa.

Higher education leaders have set a goal of 50% enrollment by 2063, the same level that is projected globally.

Currently, only 8% of sub-Saharan Africans of college age are enrolled, compared to 26% in the Middle East and 32% globally. In the developed world, the rate is more than 75%, according to 2012 data.

In setting the 50% target last year, the African Higher Education Summit called for a large increase in African investment in university education, greater research spending and stronger links to scholars in the African diaspora.