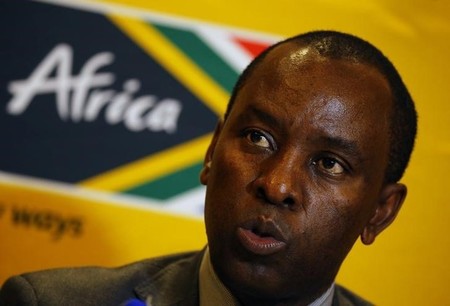 A separate Mineral and Petroleum Resources Development Act will be finalised by June, proposing to give the state a 20 percent free stake in new energy projects and the ability to buy further shares.

The Mining Charter was introduced in 2002 to increase black ownership of the mining industry, which accounts for around 7 percent of South Africa’s economic output.

However, industry body the Chamber of Mines, has taken the government to court over ownership interpretations in the latest draft, which requires companies to keep black ownership at 26 percent even if black shareholders sell their stakes.

“We are not challenging the charter. We are fully supportive of the entire transformation journey, but we just need the rules to be absolutely clear to make sure we don’t end up making targets that are unobtainable but are pragmatic and realistic,” said Roger Baxter, chief executive of the Chamber of Mines.

In a separate court case, a local law firm is challenging the entire Mining Charter, arguing it is unconstitutional.

The new charter, which was revised in 2010 as part of a consultative approach to regulations, also requires companies to provide housing and other amenities in mining communities, many of which are mired in poverty and neglect.

“If government goes ahead and implements the charter in its current form it will be very unfortunate, because it would have a pretty dramatic effect on investment in mining in South Africa,” said Peter Leon, a partner at law firm Herbert Smith Freehills African practice.

South Africa is the world’s top platinum producer and has a significant gold industry but firms are struggling with depressed prices, rising costs and bouts of labour unrest.

“For investors, it goes without saying that regulatory certainty and the sanctity of private ownership under the constitution is paramount,” Anglo American Chief Executive Mark Cutifani told delegates at a mining summit in Cape Town.

Mining companies say they were not consulted in the latest draft but Minister of Mineral Resources Mosebenzi Zwane denied this and sought to reassure investors.

“We have consulted extensively with stakeholders,” Zwane said in a speech at the opening of the summit.

“We call upon investors to come to South Africa and engage us frankly as we move towards transformation of our economy. We will continue to have an open door policy.”

With rising unemployment, the ruling African National Congress is under increasing pressure to address gaping inequality that persists 23 years after the end of apartheid.

Black South Africans make up 80 percent of the 54 million population, yet most of the economy in terms of ownership of land and companies remains in the hands of white people, who account for around 8 percent of the population.