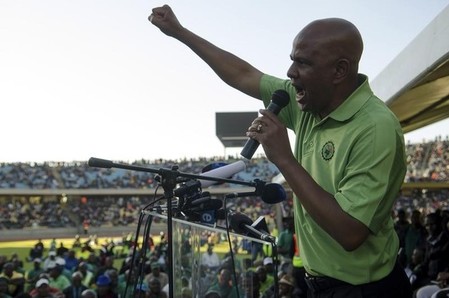 JOHANNESBURG (Reuters) – Workers began an indefinite strike at Sibanye Gold’s Kroondal platinum mine in South Africa on Friday to demand transport because they were being attacked after working night shifts, their union said.

“The company doesn’t want to provide transport for its employees and these are basic conditions of employment,” Joseph Mathunjwa, president of South Africa’s Association of Mineworkers and Construction Union (AMCU) told Reuters.

AMCU is the main union at the Kroondal mine located in the Rustenburg platinum belt and has about 7,000 workers.

Sibanye’s spokesman James Wellsted said the gold and platinum producer would seek a court order to stop the strike because it was negatively affecting output.

“With metal prices being low for AMCU to now go on strike over issues that are being dealt with is irresponsible. This poses a threat of to the viability of the mine,” he said.

Unions and platinum companies are expected to start wage talks in the next few weeks.

Sibanye acquired the Kroondal mine when it bought Aquarius Platinum in October last year for $295 million.