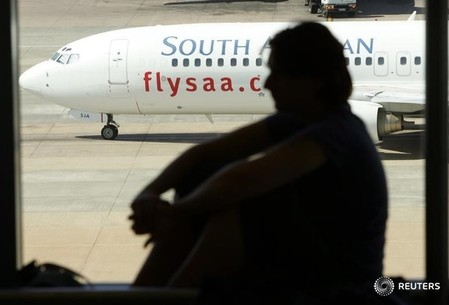 The cabinet said Myeni, an ally of President Jacob Zuma, was appointed alongside 11 other board members to the board of SAA. The new team will meet the Minister of Finance Pravin Gordhan who will provide direction from a shareholder perspective, it said in a statement.

On Thursday a Finance Ministry source said officials in the department had opposed Myeni’s selection, but had managed to push through some preferred candidates to the cash-strapped airline’s new board.

SAA has been surviving on state-guaranteed loans and has failed to submit financial statements for the past two years, with results for 2015/16 held back after the Treasury refused to grant it 5 billion rand ($343 million) in additional loan guarantees.

Myeni’s reappointment comes two days after asset manager Futuregrowth said it had halted lending to state-owned firms over concerns of political interference in their administration.

In December Zuma denied rumours that he had had an affair with Myeni or that their ties had led to the sacking of then-finance minister Nhlanhla Nene, who had rebuked Myeni for mismanaging a 1 billion-rand deal with Airbus.

Critics say government plans to form a new committee to be supervised by Zuma that would oversee state-owned enterprises like SAA will limit Gordhan’s control over firms.

The rand has slid more than 8 percent against the dollar since Aug. 23, also on renewed fears that Gordhan could be charged over the activities of a surveillance unit set up when he was head of the tax department which police say illegally spied on politicians.