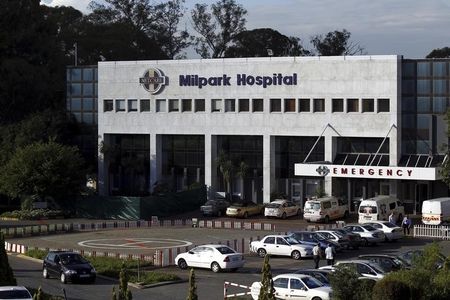 Netcare, which runs Britain’s largest private hospital network, BMI Healthcare, said diluted headline EPS totalled 170 cents in the year to the end of September, below a 190 cent-estimate in a Reuters poll of 10 analysts.

While demand for private healthcare is increasing in South Africa thanks to a fast-growing middle class, tentative economic growth in the United Kingdom has led to a drop in the number of Britons with private medical insurance.