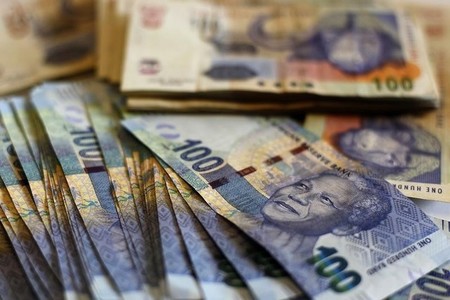 JOHANNESBURG (Reuters) – South Africa’s rand extended losses against the dollar to more than 1 percent on Friday, weighed down in part by fears over an ongoing investigation into Finance Minister Pravin Gordhan which exacerbated the impact of a decline in global risk appetite.

Stocks were up slightly, buoyed by resource firms Anglo American and BHP Billiton. The JSE’s benchmark Top-40 index was up 0.4 percent by 1110 GMT.

The unit had touched its firmest in two weeks on Thursday before it began backtracking as doubts over Gordhan’s tenure and uncertainty in global markets over the path of interests rates in the United States and Europe stalled the currency’s progress.

Gordhan, at two separate events on Thursday, questioned the motive of a police investigation into his role in setting up a surveillance unit at the tax service.

“It seems like the rand is rebalancing after over-extending in the previous sessions and traders are waiting for some definitive direction,” said head of foreign exchange at Capilis Asset Management Giacomo Bonavera.

“Around 14.20 or 14.30 might be nice place for it to settle in the medium term. But any bad news from the political side would weaken the currency.”

The rand slipped nearly 10 percent in the wake of police unit the Hawks issuing Finance Minister Gordhan with a summons on Aug. 23 to answer questions about a spy unit in the revenue service during his time as commissioner.

Opposition parties have called the investigation a witch-hunt and a veiled attack on the independence of the treasury.

Government bonds were also weaker, with the yield on the 2026 benchmark issue climbing 14 basis points to 8.74 percent.

A decision on Thursday by the European Central Bank to keep interest rates at record lows received a mixed reaction from emerging markets.

Appetite globally for the high-yielding assets waned as the length that rates would remain low in Europe and in the United States remained uncertain.