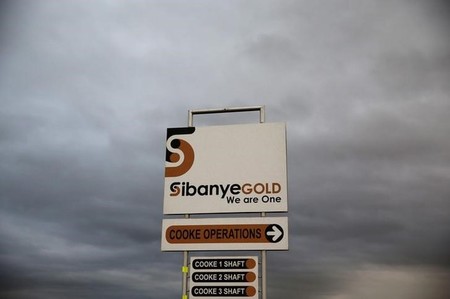 JOHANNESBURG (Reuters) – South Africa’s Sibanye Gold took a major step outside its home market on Friday with a $2.2 billion deal to buy Stillwater Mining, the only U.S. miner of platinum and palladium.

If it goes through, the cash takeover will increase South Africa’s grip over global platinum and palladium supply and underline chief executive Neal Froneman’s determination to branch out of gold mining and South Africa.

However, the price Sibanye is offering to increase its own share of supplies of the precious metals is larger than its market value and the move triggered a sharp fall in its stock.

Sibanye said it would buy Stillwater, which operates in Montana and is the largest primary producer of platinum group metals (PMGs) outside South Africa and Russia, with a loan that it will re-finance with debt plus a rights issue of at least $750 million.

Froneman wants to cut the bullion miner’s dependence on gold and platinum in South Africa, where a volatile currency, labour strikes and strict government rules have weighed on Sibanye’s share price.

Some analysts highlighted the risks as the platinum market sinks into oversupply.

But while demand from the diesel car sector for platinum, which is used in catalytic converters, is under pressure because of air pollution concerns, palladium used in hybrid petrol cars could see higher consumption and the market is in deficit. [nL8N1DC53O]

Palladium reached its most expensive versus platinum since early 2002 last month as the U.S. election result sparked a surge in cyclical assets.

“It’s a tier one asset in palladium in the United States,” a source close to the deal said. “Normally in the U.S., there would be a 30-40 percent premium. This is around 20 percent.”

Sibanye said it would pay $18.00 per share in cash for Stillwater, a 23 percent premium over Thursday’s closing price, which it was initially financing through a $2.675 billion loan arranged by HSBC and Citigroup.

“These are some of the lowest cost ounces in the world,” said Froneman, referring to Stillwater’s operations.

Froneman said Sibanye’s share price was too low, even though it paid “industry-leading dividends” and this was partly because it was “not as geographically diverse” as some competitors.

Sibanye did not detail any regulatory hurdles, saying only the deal – which is backed by Stillwater’s board – was conditional on the required authorisations.

It said it needed deal approval from its own and Stillwater’s shareholders, although it already has the support of 29 percent of its own investors.