Steinhoff gets its European deal with $800 mln Poundland buy 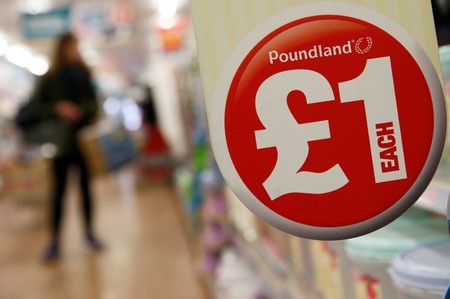 By James Davey and Zandi Shabalala

The $23 billion company, which sells beds and cupboards to less affluent shoppers in Europe, southern Africa and Asia, is keen to grow its European business when consumers are turning to cheaper chains and its home market is also struggling.

Steinhoff already owns the Bensons Beds and Harvey’s furniture chains in Britain. The Poundland deal is third time lucky after it failed to secure Britain’s Home Retail, which owns Argos, and was also unsuccessful in a bid for Darty in France.

It is the biggest takeover of a listed British company since a vote on June 23 to leave the European Union, a decision which has prompted concern that Britain may fall into recession.

The fall in the value of the pound is making British assets cheaper for foreign buyers.

Steinhoff, in which South African billionaire Christo Wiese is the largest shareholder, has a reputation for buying underperforming companies that can benefit from its wide global network to source goods at lower prices.

It will pay 220 pence per share plus 2 pence in dividends, valuing the Poundland at 597 million pounds ($791 million).

The price is a premium of 39 percent to Poundland’s share price on June 13 — the day before Steinhoff first bought Poundland shares. It had since built up a 23.6 percent stake.

Momentum Wealth head Wayne McCurrie questioned the price the Johannesburg-based company plans to pay for Poundland, which as its name suggests sells every item at a single price of a pound at its UK stores.

“Steinhoff is paying quite a big premium,” McCurrie said. “This might be a bit negative for Steinhoff in the next year or two as the British economy tries to find its new home.”

Poundland listed at 300 pence in 2014. But its shares have lost 42 percent of their value over the last year, hit by subdued trading, adverse currency moves and the distraction of integrating the 99p Stores chain it bought for 55 million pounds.

It has also faced pressure as British supermarkets fight a price war spurred by the growth of German discounters Aldi and Lidl.

Buying Poundland would give Steinhoff more than 900 shops in Britain, Ireland and Spain.

“Steinhoff is developing a fast-growing, price-led retail business across the UK and the rest of Europe. Poundland would be a complementary fit to this growth story,” said Steinhoff Chief Executive Markus Jooste.

The deal gives Poundland shareholders a return on their investment without having to await the benefits of a turnaround strategy.

“The Poundland Board believes that (Steinhoff’s) all-cash offer presents Poundland shareholders with an opportunity to realise their shareholding at a certain and attractive price,” Chairman Darren Shapland said.

Jim McCarthy, who stepped down this month after 10 years as chief executive, is in line for a 22 million pound payment for his stake.

Steinhoff’s further expansion in Europe, where it already makes more than 70 percent of its sales, would reduce its reliance on a shaky home market where its furniture unit JD Group is cutting jobs and closing branches because of weak demand.