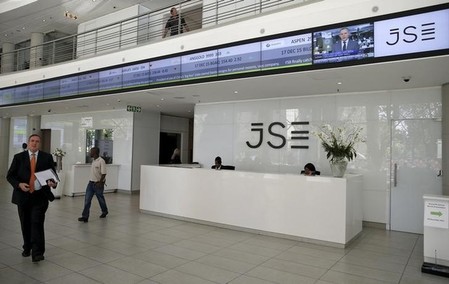 JOHANNESBURG (Reuters) – South Africa-based retail group Steinhoff reported a 3 percent decline in its earnings per share on Wednesday, weighed down by an increased number of shares and the weaker rand currency.

Steinhoff, which has been seeking to expand abroad with a series of acquisitions, the latest being the offers to buy U.S. bedding retailer Mattress Firm and Britain’s Poundland, said diluted adjusted EPS came in at 29.5 euro cents in the year ended June, down from 30.3 cents the previous year.

Adjusted EPS strips out certain one off, non-trading items and is a required performance measure by the Johannesburg Stock Exchange, where Steinhoff has a secondary listing.

Steinhoff funded its 2014 purchase of Africa’s no-frills clothes retailer Pepkor with cash and shares, while the result was also affected by weaker exchange rates, with the rand depreciating by 17 percent during the period.

Since moving its primary listing to the Frankfurt Stock Exchange in December last year, Steinhoff has been looking to expand its businesses abroad at a time when consumers are turning to cheaper chains and its home market is struggling.

Steinhoff is close to securing an $800 million takeover of British discount retailer Poundland, with shareholders due to vote on the deal later on Wednesday.

Meanwhile its $3.8 billion offer for the United States’ largest bedding retailer Mattress Firm already has the backing of the board and the Texas-based company’s biggest shareholder, JW Childs.

“Steinhoff continues to see opportunities for growth within our key markets in the territories where the group operates,” said Chief Executive Markus Jooste.