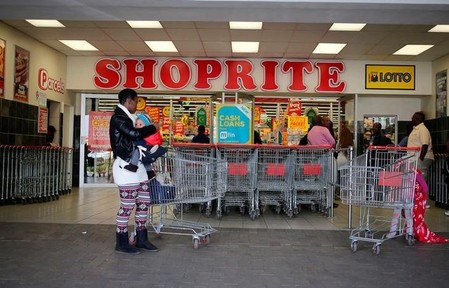 JOHANNESBURG (Reuters) – Africa’s biggest grocery retailer Shoprite is in talks with Steinhoff about buying its African assets in an all-share deal that would create a group with $15 billion in annual sales, the pair said on Wednesday.

The deal, whose value was not disclosed, would form a no-frills retailer spanning food, furniture and clothes and underline the determination of tycoon Christo Wiese to put more of his assets under one roof.

Both Shoprite and Steinhoff, the owner of UK’s Poundland and U.S.-based Mattress Firm, count South African retail magnate Wiese as their biggest shareholder.

“It will certainly change the retail environment in South Africa because these are two major groups getting together.”

Under the proposed deal, Shoprite would issue shares to Steinhoff in exchange for its assets on the continent that include clothes discount Pepkor and furniture business JD Group.

The transaction would give Steinhoff, which vies for global market share with Sweden’s Ikea, a significant equity interest in Shoprite, a 110 billion rand ($8 billion) company with operations in more than a dozen African countries that include South Africa, Nigeria and Angola.

Wiese told Reuters in September that a full merger of the two companies would be a “natural development”. Shares in Shoprite were little changed at 193.75 rand whileSteinhoff stock in Johannesburg dropped 6.6 percent to 71 rand as of 1109 GMT.

Wiese owns 16 percent of Shoprite and 23 percent of Steinhoff, where he is also a chairman.