Stephen Saad : Entrepreneur of the Year at the All Africa Business Leaders Awards 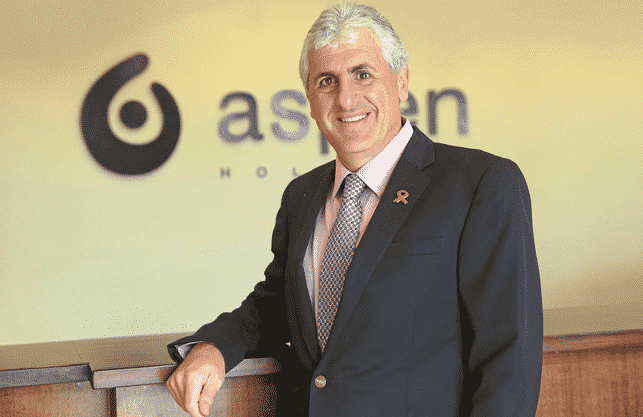 Stephen Saad was announced as the latest winner of the Entrepreneur of the Year Award at the annual All Africa Business Leaders Awards ceremony, which was held this year in Johannesburg. Saad’s success within the pharmaceutical industry is long-standing, but the massive growth he has achieved with his company, Aspen, in the past year saw his success recognized by one of Africa’s most prestigious business awards.

Over 2 decades of success and no slowing down

Saad turned 52 this year, and the Durban born businessman could have been content with a highly successful career well before he made the moves that established him as one of Africa’s top 20 richest people. After graduating from the University of Natal with a BA in Commerce, Saad began working within pharmaceuticals for Quickmed. Quickmed stand out within South Africa’s recent history for being a company that offered prescription medicines within black townships during the nation’s appalling apartheid regime.

Saad quickly moved upward, and by the age of 29 he had sold a share in another company, Covan Zurich, for $3 million making of him a millionaire. However despite this success nothing has dampened his enthusiasm for innovation within the industry, and in 1997 Saad set up his company Aspen Pharmacare (changed to Aspen in 1999) with co-founder Gus Attridge.

Back in 1999, Saad told an interviewer that he planned to utilize local skillsets to grow his company and enter first world markets, saying “I’m talking about people, contacts, research, development, manufacturing processes etc, which we have in South Africa… we’re going to be manufacturing from South Africa for First World markets offshore.”

As good as his word, Saad kept Aspen’s manufacturing hub within South Africa, and aside from creating jobs for his home country, he has turned Aspen into the world’s 6th largest producer of generic pharmaceuticals. Aspen now provides medicines in 150 different countries, and Saad has an estimated personal fortune of $1.27 billion. Accepting his entrepreneurial award, Mr. Saad gave a speech that reflected exactly the ethos he had laid out 17 years ago, enthusing “We are a company with roots in South Africa and manufacturing in South Africa. We’ve grown our local talent to become a world player and Aspen is just a wonderful South African story.”

Despite the huge success that Saad and Aspen have achieved within their market, predictions for the future suggest that even more growth is likely. Over the past 3 years, Aspen has established extensive distribution and technolgy networks within Europe, and forged numerous new partnerships, which Saad has said would support a company “twice the size we are now”.

This year alone, Aspen has purchased the $341 million GlaxoSmithKline anesthetics portfolio and AstraZeneca’s, $770 million, anesthetics range too. These acquisitions will expand Aspen’s share of the anesthetic’s market outside of the US to 20%, and analysts predict that Aspen’s earnings will grow by 121% for the next 2 years.

Stephen Saad was clearly proud of his Entrepreneur of the Year Award, but it evidently won’t see him resting on his laurels.

1 Africa, Featured, Leaders Stephen Saad : Entrepreneur of the Year at the All Africa Business Leaders Awards