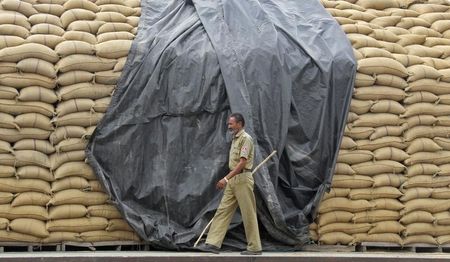 The removal of the wheat subsidy will save the government 3 billion Sudanese pounds ($494.23 million) and will help the central bank maintain its hard currency reserves, Finance Minister Badr al-Din Mahmoud Abbas said.

“Changing the price of wheat’s dollar rate comes to remove the damage (resulting from) wheat subsidies,” Abbas said in a statement.

The big subsidy the government was paying for imported wheat had led to a shortage of the commodity in the market, an official at a state-owned flour mill said.

The removal of the subsidy is partly a result of the global reduction in wheat prices, the finance ministry statement said. The statement added that this will not lead to a rise in bread prices, though one importer said he expects minor increases.

The new dollar rate for wheat will not affect a tender announced last week, said a director of state-owned Seen Flour Mills.

Protests erupted in Sudan in 2013 when the government announced fuel subsidy cuts.

The Sudanese economy has suffered since the secession of oil-producing South Sudan in 2011, which deprived it of about three quarters of the crude oil production it relied on for state revenues and foreign currency used to import food.